Starting in fall 2021, the UW ECE Department appointed its first Associate Chair for DEI and created its DEI Advisory Committee including students, staff, and faculty. The Advisory Committee will oversee and guide the work, determine how resources should be allocated, and hold the Department accountable. The Associate Chair is tasked with ensuring the work gets done and documenting obstacles as they arise. Read bios and learn more about each of our members below! 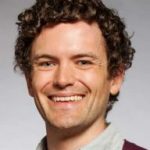 Sam Burden (he/him/his) is an assistant professor and associate chair for DEI in UW ECE. As a first-generation college graduate, Sam is passionate about broadening participation in and improving experiences for members of underrepresented groups in engineering. He views this work as critical for two reasons: morally, we owe it to others — those in positions of power should dismantle systems that privilege them; selfishly, we owe it to ourselves — perpetuating inequities impoverishes scientific progress and impact. He is thrilled to serve the UW ECE Department by working to support and implement our DEI strategy.

Our Advisory Committee is large, with representation from students, staff, and faculty. We aim to include undergraduate and graduate students, members of affinity groups, leaders from the UW ECE Student Advisory Council, stewards from the Academic Student Employee union, professional and classified staff, and faculty both on and off the tenure-track. The intention is for members of this committee to hold the power to make decisions and allocate resources, but not be burdened with, carrying out the work. 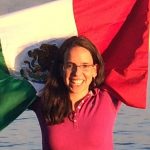 Mareldi Ahumada-Paras is a Ph.D. student in ECE. She is part of the Renewable Energy Analysis Laboratory (REAL) working on power system resilience. Mareldi is passionate about closing ‘the gap’ between research and real-world problems such as the energy crisis and climate change. In her free time she enjoys playing and watching sports. 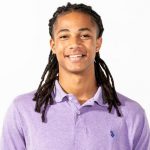 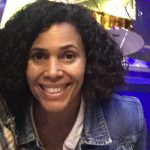 Shanti Garman is a 3rd-year PhD student in ECE with an interest in electromagnetics (EM) and antennas. She works with both the Sensor Systems Lab (PI: Joshua R. Smith) and Electromagnetics & Remote Sensing Lab (PI: Yasuo Kuga), and her recent research has focused on wireless power transfer for near-future lunar missions, harvesting ambient EM energy on Earth, and utilizing EM energy to help extract water on Mars. Before coming to UW, Shanti completed her BSEE and MSEE at Stanford, which is where her interest in space, electromagnetics, and communications originated. After Stanford, Shanti went on to work in industry where she launched satellites for Space Systems/Loral, prior to earning an MBA from the Kellogg School for Management at Northwestern. Post-MBA, Shanti continued launching things, starting with software products for Microsoft and, most recently, career programs for college students at Rainier Scholars, a Seattle-based nonprofit supporting first-generation college students from underrepresented minority backgrounds. As a biracial (black and white) woman in STEM who is the first in her household to earn a college degree and first in her family to pursue graduate school, Shanti has first-hand experience navigating institutional obstacles related to race and gender, and she is delighted to support the ECE department’s DEI efforts. 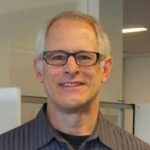 Blake Hannaford received the B.S. degree in Engineering and Applied Science from Yale University in 1977, and the M.S. and Ph.D. degrees in Electrical and Computer Engineering from the University of California, Berkeley. From 1986 to 1989 he worked on the remote control of robot manipulators in the Man-Machine Systems Group in the Automated Systems Section of the NASA Jet Propulsion Laboratory, Caltech and supervised that group from 1988 to 1989. Since September 1989, he has been at the University of Washington in Seattle, where he is Professor of Electrical Engineering. He was awarded the National Science Foundation’s Presidential Young Investigator Award, the Early Career Achievement Award from the IEEE Engineering in Medicine and Biology Society, and was named IEEE Fellow in 2005. He was at Google-X / Google Life Sciences / Verily from April 2014 to December 2015. He developed the Master of Science in Technology Innovation Robotics Degree Option at the GIX program in Bellevue WA from 2918 to 2020. His currently active interests include surgical robotics, surgical skill modeling, and haptic interfaces. 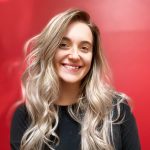 Zerina Kapetanovic is a final year Ph.D. student in the ECE department. She is advised by Professor Joshua Smith and is part of the Sensor Systems lab. Her reseach focuses on wireless technology such as low-cost low-power communication, battery-free sensing, and IoT systems. 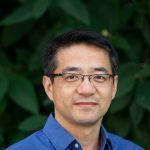 Mo Li is a professor in the UW Department of Electrical & Computer Engineering and the UW Physics Department. Prior to joining UW in 2018, he was an Associate Professor of Electrical and Computer Engineering at the University of Minnesota from 2015 and Assistant Professor from 2010. From 2007 to 2010, he was a postdoctoral associate in the Department of Electrical Engineering at Yale University. He received his Ph.D. degree in Applied Physics from Caltech in 2007, B.S. degree in Physics from the University of Science and Technology of China (USTC) in 2001. Dr. Li is the principle investigator of the Laboratory of Photonic Devices at UW. His main research interests include integrated photonics, optoelectronics, optomechanics, NEMS/MEMS, spintronics and quantum photonics. He has published over 70 peer-reviewed journal papers and been granted 6 US patents. 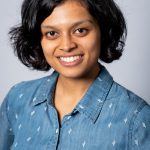 Shruti Misra (she/her) is a graduate (doctoral) student in ECE. Her research centers around studying the dynamics of technological innovation. She has previously worked with the Pipeline Project (now Riverways Education Partnerships) to lead their STEM Engineering Alternative Spring Break Program to bring STEM education to underserved rural and tribal communities in Washington State. As a woman in engineering she is passionate about creating concrete strategies to improve equity and inclusion in engineering. This has motivated her participation to serve on ECE Department’s DEI committee. 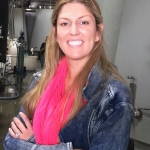 Bridget O’Faherty is the ECE Department Administrator. She looks forward to working with the DEI committee to help foster a culture of diverse inclusivity and community within the ECE department. 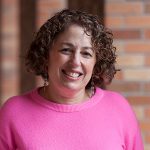 Eve Riskin is a professor of Electrical & Computer Engineering and Faculty Director of the ADVANCE Center for Institutional Change. With ADVANCE, she works on mentoring and leadership development programs for women faculty in STEM. She is principal investigator of the successful NSF-funded STARS program at UW. She was awarded a National Science Foundation Young Investigator Award, a Sloan Research Fellowship, the 2006 WEPAN University Change Agent award, the 2006 Hewlett-Packard Harriett B. Rigas Award, the 2007 University of Washington David B. Thorud Leadership Award, and the 2017 ECEDHA Diversity Award. She is a Fellow of the IEEE. 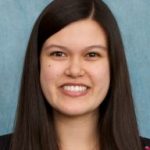 Whitney Thomas is an academic adviser for undergraduate students in ECE. As an academic adviser her goal is to help support students through their academic journeys. Whitney is excited to be on the DEI Advisory Committee to further build on this goal and help others in the Department. Please feel free to reach out to Whitney if you would like to discuss anything related to DEI or supporting students.