With the phenomenal growth and expanded use of the use of the wireless communications technology, there has been continued demand for high data rates, reliable and low cost services with minimum latency, and for an effective operability across various standards and heterogeneous networks. This clearly is expected to require integrative R&D approach and multidisciplinary effort to fulfill the broader vision and much anticipated benefits from this technology. In this presentation, we will discuss an overview of the integrated challenges facing the wireless communications technology, but focus will be placed on innovative antenna solutions and recently developed propagation modeling techniques for characterizing challenging wireless communications environments.

In the antenna area, the development of low cost, multi-band antennas, with beam steering capabilities has been of significant interest. In this presentation we will describe some of our on going research projects in this area. The first is related to the development of low cost, microstrip-based, Ferrite phase shifters, while another is based on the implementation of the Continuous Transverse Stubs (CTS) and Ferroelectric materials technologies to develop low cost and high performance antenna arrays with beam steering capabilities. New coplanar waveguide implementation of the CTS technology will also be described, and recent advances in developing effective algorithms for smart antenna techniques will be discussed.

As for the propagation modeling, significant simulation and measurements efforts have already contributed to the continued growth and the broader applications of the wireless communication technology. More recently, however, a need to address in more details rather challenging propagation environments have emerged as necessary step to maintain the continued growth and for the successful implementation of new, high data rates, wireless applications. Examples of these new challenging propagation environments include, indoor/outdoor transmission, diffraction from windows and metal frame structures, transmission through walls of complex structures and associated possible resonance effects, and the implementation of the propagation matrix in evaluating the overall performance of wireless systems including coverage, capacity, and Bit Error Rate. Advances in addressing many of these new propagation modeling needs will be described and simulation results will be presented. A recently developed site planning software code will also be demonstrated.

Magdy F. Iskander is the Director of the Hawaii Center for Advanced Communications (HCAC), College of Engineering, University of Hawaii at Manoa, in Honolulu, Hawaii http://hcac.hawaii.edu . He is also a Co-director of the NSF Industry /University joint Cooperative Research Center between the University of Hawaii, University of Arizona, Arizona State University, and the RPI in New York. He was a Professor of Electrical Engineering and the Engineering Clinic Endowed Chair Professor at the University of Utah for 25 years. He was also the Director of the Center of Excellence for Multimedia Education and Technology. From 1997-99 he was a Program Director, in the Electrical and Communication Systems Division at the National Science Foundation. While at NSF he formulated and directed a “Wireless Information Technology” initiative in the Engineering Directorate and funded over 29 projects in the microwave/millimeter wave devices, RF MEMS technology, propagation modeling, and the antennas areas. He edited the special issue of the IEEE Transaction on Antennas and Propagation on Wireless Communications Technology, May 2002, which included contributions from the NSF funded projects, and in 2004 co-edited a special issue of the IEICE journal in Japan (September 2004) on recent progress in Wireless Communications. He organized the first (2001) and the second (2003) “Wireless Grantees Workshop” sponsored by NSF and held at the National Academy of Sciences, and in Honolulu, respectively. He is the 2002 President of the IEEE Antennas and Propagation Society, Vice President in 2001, and was a member of the IEEE APS AdCom from 1997 to 1999. He was the General Chair of the 2000 IEEE AP-S Symposium and URSI meeting in Salt Lake City, UT, the General Chair of the IEEE Conference on Wireless Communications Technology, in 2003, in Hawaii, and the General Chair of the 2005 IEEE/ACES joint conference on Wireless Communications and Applied Computational Electromagnetics. He was also a Distinguished Lecturer for the IEEE AP-S (1994-97) and during this period he gave lectures in Brazil, France, Spain, China, Japan, and at a large number of US universities and IEEE chapters.

In 1986, Dr. Iskander established the Engineering Clinic Program at the University of Utah to attract industrial support for projects for undergraduate engineering students and was the Director of this program since its inception. While in Utah, the program attracted more than 115 projects sponsored by 37 corporations from across the US and resulted in an endowment for scholarships and a professorial chair held by the Director. Upon joining the University of Hawaii, Dr. Iskander started a similar Engineering Clinic Program and in 2002-03 he had seven corporate sponsors.

Dr. Iskander received the 1985 Curtis W. McGraw ASEE National Research Award, 1991 ASEE George Westinghouse National Education Award, 1992 Richard R. Stoddard Award from the IEEE EMC Society, the 2000 University of Utah Distinguished Teaching Award, and the 2002 Kuhina (ambassador) Award from the Hawaii Visitors and Convention Bureau. He was a member of the 1999 WTEC panel on “Wireless Information Technology-Europe and Japan”, and chaired two panels on “Asian Telecommunication Technologgy” sponsored by DoD and organized by the International Technology Research Institute (ITRI) in 2001 and 2003. As part of these studies, he visited many wireless companies in Europe, Japan, and several telecommunications institutions and companies in Taiwan, Hong Kong, and China. He is a Fellow of IEEE and was a member of the National Research Council Committee on Microwave Processing of Materials. He spent sabbaticals and other short leaves at Polytechnic University of New York; Ecole Superieure D’Electricite, France; UCLA; Harvey Mudd College; Tokyo Institute of Technology; Polytechnic University of Catalunya, Spain; and at several universities in China

He authored a textbook on Electromagnetic Fields and Waves, Prentice Hall, 1992; and Waveland Press, 2001; edited the CAEME Software Books, Vol. I, 1991, and Vol. II, 1994; and edited four other books on Microwave Processing of Materials, all published by the Materials Research Society, 1990-1996. He edited five special issues of technical Journals and also edited the 1995 and 1996 proceedings of the International Conference on Simulation and Multimedia in Engineering Education. He has published over 170 papers in technical journals, has 7 patents, and has made numerous presentations in technical conferences. He is the founding editor of the journal, Computer Applications in Engineering Education (CAE), published by John Wiley & Sons, Inc. This journal is now in its 13th year, and received the Excellence in Publishing Award, by the Association of the American Publishes, in 1993. His ongoing research contracts include “Propagation Models for Wireless Communication,” funded by the Army Research Office and NSF; “Low-Cost Phased Array Antennas,” funded by both the Army Research Lab and NSF; and four other research projects sponsored by the University of Hawaii corporate sponsors (Raytheon, Trex, Motorola, and Kyocera) in the NSF I/U CRC center. He also recently established a new indoor antenna range and wireless testbed lab facilities as a result of an NSF Major Research Instrumentation (MRI) grant. 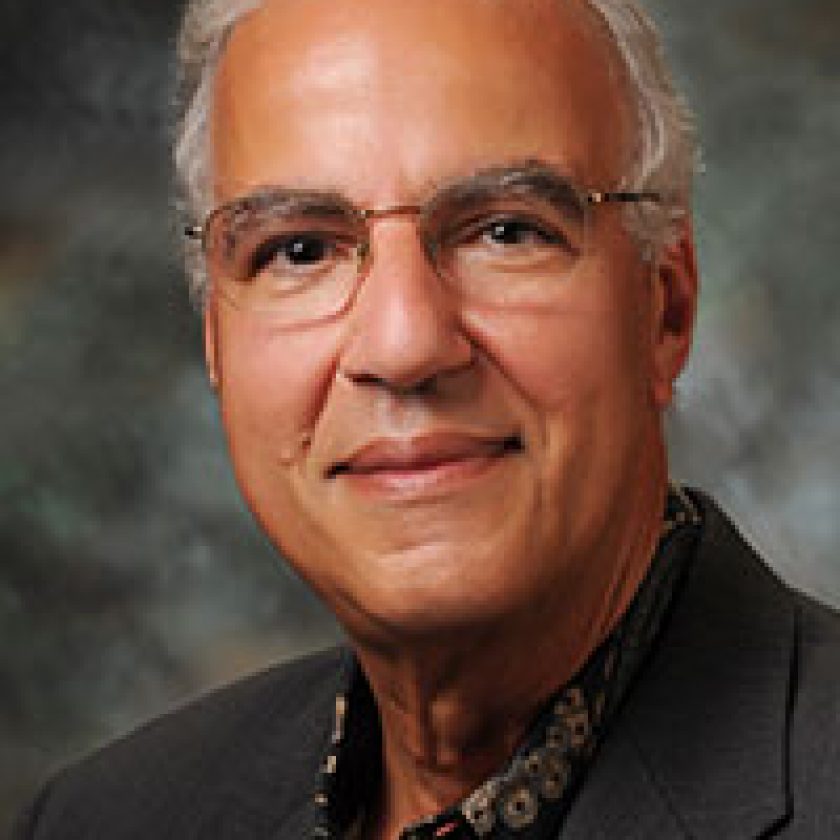