As the use of microfluidics-based biochips increases, their complexity is expected to become significant due to the need for multiple and concurrent assays on the chip. There is a need to deliver the same level of computer-aided design (CAD) support to the biochip designer that the semiconductor industry now takes for granted. These CAD tools will allow designers to harness the new technology that is rapidly emerging for integrated biofluidics. Moreover, they will reduce the setup time associated with the use of these chips, and in the event of faults, they will allow automatic reconfiguration of the chip and remapping of the remaining steps of bioassay. These tools will obviate the need for tedious remapping of assays to the chip by hand for each target application.

This talk will present early work on CAD tools that allow biochip designers/users to describe bioassays at a high level of abstraction. The talk will describe synthesis tools that map behavioral descriptions to a droplet-based microfluidic biochip and generate an optimized schedule of bioassay operations, the binding of assay operations to functional units, and the layout and droplet flow-paths for the biochip. It will be shown how reconfiguration techniques can be used to dynamically bypass faults. The design of pin-constrained microfluidic arrays for disposable biochips will also be discussed. Thus the biochip user can concentrate on the development of the nano- and micro-scale bioassays, leaving implementation details to design automation tools.

Krishnendu Chakrabarty received the B. Tech. degree from the Indian Institute of Technology, Kharagpur, in 1990, and the M.S.E. and Ph.D. degrees from the University of Michigan, Ann Arbor, in 1992 and 1995, respectively, all in Computer Science and Engineering. He is now Associate Professor of Electrical and Computer Engineering at Duke University. Dr Chakrabarty is a recipient of the National Science Foundation Early Faculty (CAREER) award and the Office of Naval Research Young Investigator award. His current research projects include: design and testing of system-on-chip integrated circuits; design automation of microfluidics-based biochips; microfluidics-based chip cooling; distributed sensor networks. Dr Chakrabarty has authored three books¾ Microelectrofluidic Systems: Modeling and Simulation (CRC Press, 2002) and Test Resource Partitioning for System-on-a-Chip (Kluwer, 2002), Scalable Infrastructure for Distributed Sensor Networks (Springer, 2005)¾and edited the book volumes SOC (System-on-a-Chip) Testing for Plug and Play Test Automation (Kluwer, 2002) and Design Automation Methods and Tools for Microfluidics-Based Biochips (Springer, 2006). He is also an author of the forthcoming book Digital Microfluidics Biochips: Synthesis, Testing, and Reconfigutaion Techniques (CRC Press, October 2006). He has published over 230 papers in archival journals and refereed conference proceedings. He holds a US patent in built-in self-test and is a co-inventor of a pending US patent on sensor networks. He is a recipient of best paper awards at the 2005 IEEE International Conference on Computer Design and 2001 IEEE Design, Automation and Test in Europe (DATE) Conference. He is also a recipient of the Humboldt Research Fellowship, awarded by the Alexander von Humboldt Foundation, Germany.

Dr Chakrabarty is a Distinguished Visitor of the IEEE Computer Society for 2006-2007 and a Distinguished Lecturer of the IEEE Circuits and Systems Society for 2006-2007. He is an Associate Editor of IEEE Transactions on Computer-Aided Design of Integrated Circuits and Systems, IEEE Transactions on VLSI Systems, IEEE Transactions on Circuits and System I, ACM Journal on Emerging Technologies in Computing Systems, and an Editor of Journal of Electronic Testing: Theory and Applications (JETTA). He is a member of the editorial board for IEEE Design & Test of Computers, Microelectronics Journal, Sensor Letters, and Journal of Embedded Computing, and he serves as a subject area editor for the International Journal of Distributed Sensor Networks. In the recent past, he has also served as an Associate Editor of IEEE Transactions on Circuits and Systems II: Analog and Digital Signal Processing. He is a senior member of IEEE, a member of ACM and ACM SIGDA, and a member of Sigma Xi. He serves as Vice Chair of Technical Activities in IEEE’s Test Technology Technical Council, and is a member of the program committees of several IEEE/ACM conferences and workshops. He is the chair of the emerging technologies subcommittee for the IEEE Int. Conf. CAD (2005-2006), and subcommittee for new, emerging, and specialized technologies for the 2006-2007 IEEE/ACM Design Automation Conference. He served as Tutorials Chair for the 2005 IEEE International Conference on VLSI Design and Program Chair for the 2005 IEEE Asian Test Symposium. He is the designated Program Chair for the CAD, Design, and Test Conference for the 2007 IEEE Symposium on Design, Integration, Test, and Packaging of MEMS/MOEMS (DTIP’07). He delivered keynote talks at the International Conference & Exhibition on Micro Electro, Opto, Mechanical Systems and Components (Munich, Germany, October 2005), the International Conference on Design and Test of Integrated Systems (Tunis, Tunisia, September 2006), as well as invited talks on biochips CAD at several other conferences. 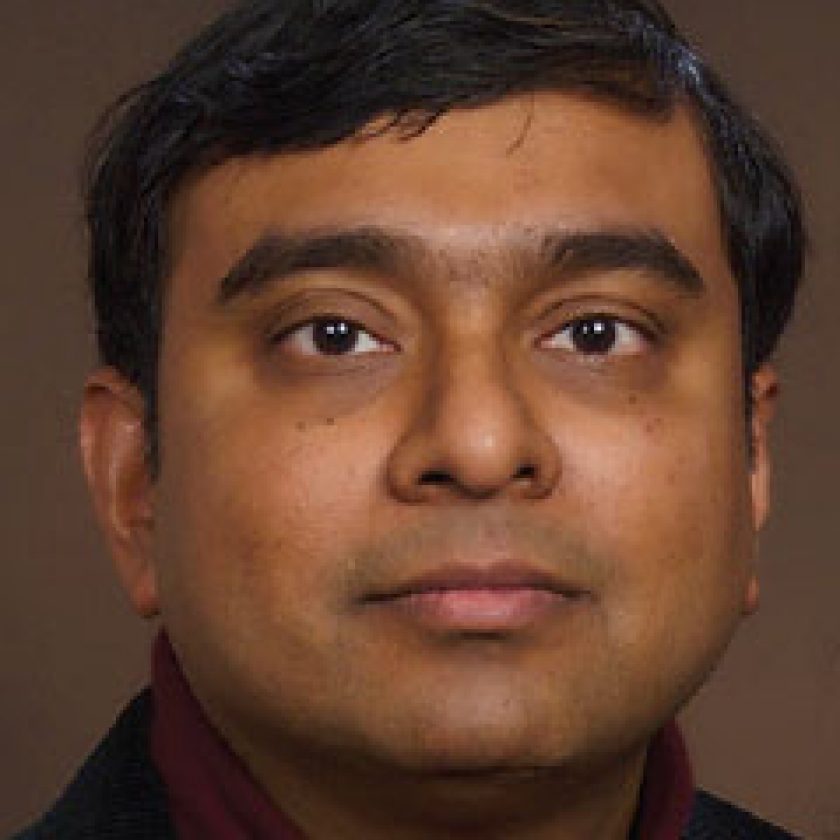