Recent years have witnessed a series of developments at the intersection of two, previously distinct subjects. Optical (micro-) cavities and micro (nano-) mechanical resonators, each a subject in their own right with a rich scientific and technological history, have, in a sense, become entangled experimentally by the underlying mechanism of optical, radiation pressure forces. These forces and their related physics have been of major interest in the field of atomic physics for over 5 decades, and the emerging optomechanical context for these forces has many parallels with this field. There is also a rich theoretical history that considers the implications of optical forces in this new context. Despite this theoretical promise, the manifestations of these forces on micromechanical objects have only recently become an experimental reality. We will review recent demonstrations of both mechanical amplification and cooling by radiation pressure forces in a micron-scale toroidal resonator. These devices contain high-Q optical modes (Q factors as high as 500 million) in coexistence with high-Q mechanical breathing modes. Resonantly enhanced optical forces couple these mechanical and optical degrees of freedom, creating two distinct dynamical regimes. In the first, mechanical amplification can overcome intrinsic loss to induce regenerative oscillation up to microwave rates. In the second, mechanical cooling to low temperatures is possible (milli-Kelvins from room temperature has been demonstrated). We conclude by discussing current progress in this field directed to attaining the ground-state cooling of a macroscale mechanical oscillator.

Kerry Vahala is Ted and Ginger Jenkins Professor of Information Science and Technology and Professor of Applied Physics at Caltech. He also received his Ph. D. (85) in Applied Physics at Caltech. His research on micro-resonators has led to wafer-based devices operating in the Q regime above 100 million and has also provided low-loss methods for coupling directly to optical fiber. These devices have enabled micro-scale Raman and Parametric sources as well as cavity QED on-a-chip systems. His current research is focused on a range of opto-mechanical phenomena associated with radiation pressure in microresonators. Vahala has received the IEEE Sarnoff Award for his research on quantum well semiconductor lasers. He is a Fellow of the Optical Society of America, was the first recipient of the Richard P. Feynman Hughes Fellowship, and is also a recipient of an Alexander Von Humboldt Research Award. He received both the Presidential Young Investigator and Office of Naval Research Young Investigator Awards; and has been a topical editor for the Journal of the Optical Society of America and Photonics Technology Letters. He was also program co-chair for CLEO 99 and General Chair for CLEO 2001. 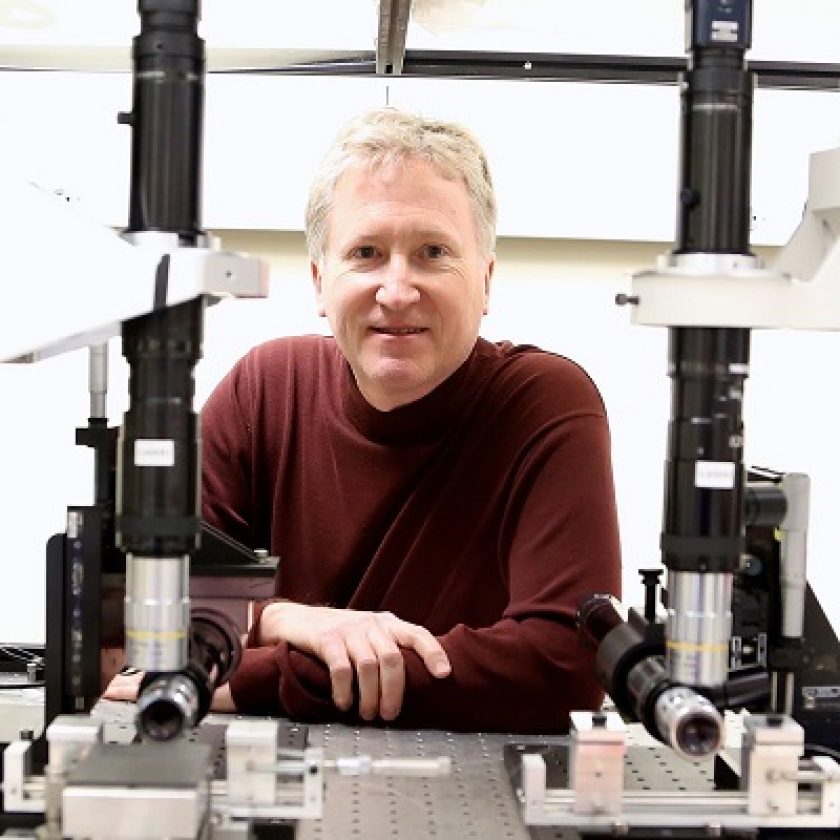