Vivek De is an Intel Fellow and Director of Circuit Technology Research in Intel Labs. He is responsible for providing strategic technical directions for long term research in future circuit technologies and leading energy efficiency research across the hardware stack. He has 231 publications in refereed international conferences and journals and 197 patents, with 31 more patents filed (pending). He received an Intel Achievement Award for his contributions to an integrated voltage regulator technology. He received a Best Paper Award at the 1996 IEEE International ASIC Conference, and nominations for Best Paper Awards at the 2007 IEEE/ACM Design Automation Conference (DAC) and 2008 IEEE/ACM International Conference on Computer-Aided Design (ICCAD). One of his publications was recognized in the 2013 IEEE/ACM Design Automation Conference (DAC) as one of the “Top 10 Cited Papers in 50 Years of DAC”. He served as the General Chair/co-Chair (2014/2013) and Program Chair/co-Chair (2012/2011) of the Symposium on VLSI Circuits, and Executive Committee Member of the 2011-2015 VLSI Symposia. He has been a member of the ISSCC High Performance Digital Subcommittee since 2013. He was an Associate Editor of the IEEE Transactions on Circuits and Systems I during 2008-2010 and the IEEE Transactions of VLSI Systems during 2011-15. He has been an Associate Editor of the IEEE Journal of Solid-State Circuits since December 2014. He was an IEEE/EDS Distinguished Lecturer in 2011. He received a B.Tech from the Indian Institute of Technology, Chennai, India, a MS from Duke University in Durham, North Carolina and a PhD from Rensselaer Polytechnic Institute, Troy, New York, all in Electrical Engineering. He is a Fellow of the IEEE. 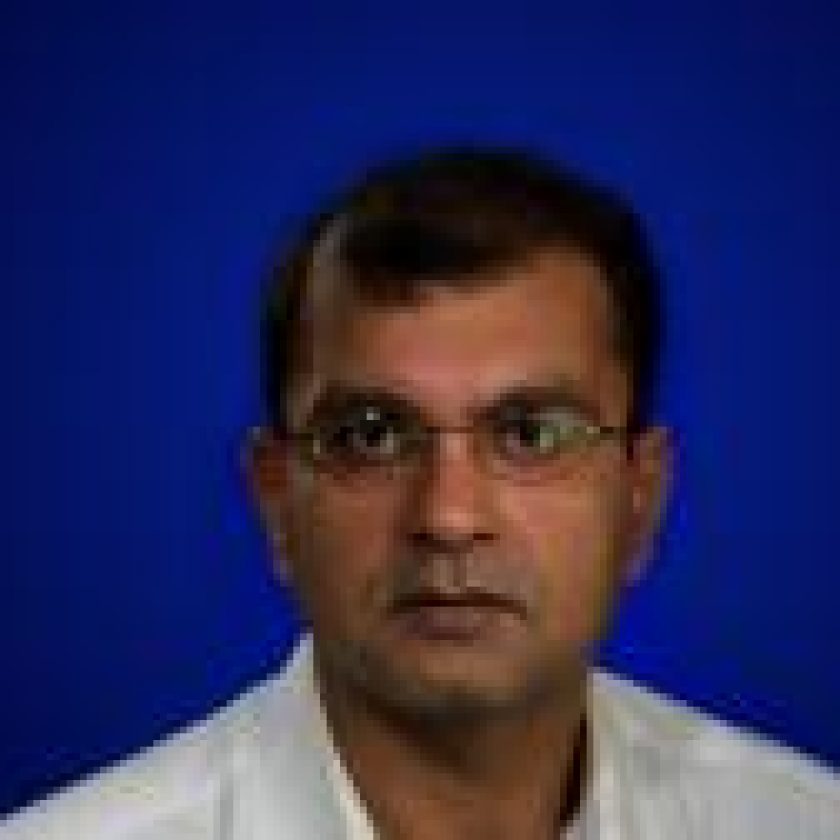