Energy dissipation is among the biggest challenges for further advance of the scaled semiconductor technology. The talk will first give a brief overview of the energy scaling challenge of today’s CMOS and its derivatives, including FINFET, TUNNET, etc. The use of nanomagnets may provide the advantages in reducing switching energy with high speed, high endurance, and scalability. First, the use of magnetic memory will be used as the simplest benchmark for energy dissipation. We will describe the physics and principles of spin transfer torque, magnetoelectric and spin Hall effects , due to large spin orbit interaction, as well as the advantages and impact of magnetic devices using these principles in terms of their low switching energy, high speed, high endurance, and scalability. Electric-field or voltage controlled magneto-electric (ME) memory (MeRAM) will be shown to result in much reduced energy dissipation for switching as well as improved scaling and density. Additionally, the recent progress in using spin Hall effect with high spin orbital metals as well as topological insulators will be shown to produce a large spin transfer torque and/or an effective magnetic field for further reducing energy in switching nanomagnets. In addition to these devices, several other spintronics devices, which are being pursued by the Nanoelectronics Research Initiative (NRI), along with benchmark efforts will be briefly described. Energy scaling will be addressed. Further advances are possible by adopting the spin wave bus (SWB) concept — the use of spin waves for logic and interconnect as an alternative for CMOS. With low energy, high density memory and spin wave bus, new generations of nonvolatile, memory intensive, instant-on electronics neuromorphic nano-systems may emerge.

+Acknowledgments: This work was in part supported by DARPA, the WIN Institute of Neurotronics, and the StarNet center for Function Accelerated NanoMaterials Engineering (FAME) and by the NSF center for translational applications of nanoscale multiferroic systems (TANMS).

Prof. Wang has been with the Electrical Engineering Department at UCLA since 1979. He was Chair of the department from 1993 to 1996. He is a Fellow of the IEEE, and a member of the American Physical Society, the Materials Research Society, the Eta Kappa Nu Society, the Sigma Xi Society and the Phi Tau Phi Honor Society. He has chaired many international conferences and symposia. He also serves as Editor-in-Chief of IEEE TNANO, Editors of Artech House and other publications. 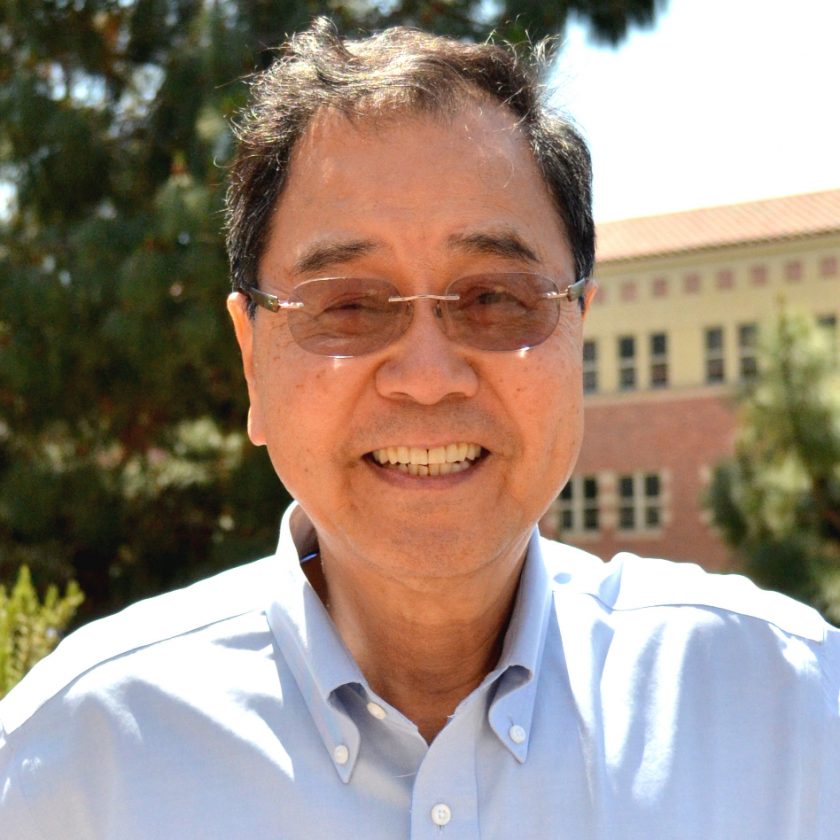