The Global Positioning System, GPS, was developed by the U.S. Department of Defense primarily as an all-weather space-based navigation system. The first GPS satellites (the GPS Block I’s) were launched between 1978 and 1985. These satellites were mainly used to demonstrate the feasibility of the GPS system. Starting in 1989, the Block II satellites (followed by IIA in 1990 and IIR in 1997) were launched. The full 24-satellite constellation was completed on March 9, 1994. Since that time, the use of GPS has multiplied exponentially. Currently, it is being used for monitoring earthquakes, precision farming, navigation of golf carts, and even tracking pigeons. Worldwide use of GPS is not expected to diminish in the near future.

The next generation of GPS satellites will have three civil signals instead of the single civil signal currently offered (the C/A signal at 1575.42 MHz). Vice President Gore made two announcements, one on 30 March 1998 and the other on 25 January 1999, concerning the modernization of GPS. These announcements established the plan of offering a second civil signal on L2 at 1227 MHz and a third civil signal for safety of life services by 2005. The third civil signal will be located at the L5 frequency of 1176.45 MHz. The new signal at L5 will offer the largest improvement in civil user performance.

This talk will briefly review the current GPS system, discuss aspects of the planned modernization, and summarize remaining sources of GPS measurement error. The purpose of this talk is to provide a general idea of how modernization will improve GPS, and also to discuss error sources that will continue to be an issue in the measurement of the GPS observables.

Anthea Coster received her B.A. in mathematics from the University of Texas at Austin, and her M.S. and Ph.D. in Space Physics and Astronomy from Rice University in Houston, Texas. Her graduate research at Rice involved ionospheric heating experiments at the Arecibo Observatory in Puerto Rico. From 1983-84, she worked at the Radar and Instrumentation Laboratory of the Georgia Tech Research Institute where she implemented software for motion compensation and reconstruction of airborne millimeter radar data. In 1984, she started working as the atmospheric scientist on staff for the satellite tracking program at the M.I.T. Lincoln Laboratory Millstone Hill Radar. At Lincoln, she has been responsible for the development of tools used to compensate for atmospheric refraction. In 1991, together with her co-workers  she developed the first real-time ionospheric monitoring system based on the Global Position System, GPS. This system is now an integral part of the M.I.T. Radar Calibration System, and the technology has been successfully transferred to the FPS-85 radar in Florida. In 1995, she was awarded an Advanced Concepts Program grant to conduct the Westford Water Vapor Experiment (WWAVE). WWAVE was designed to test the use of GPS to measure the temporal and spatial variability of the total precipitable water vapor, and it was one of the initial experiments to verify that GPS could be used to obtain accurate, near-real time information on the amount of water a vapor present in the atmosphere. Dr. Coster has also been involved with measuring atmospheric disturbances over short baselines (GPS networks smaller than 100 km) for the U.S. Federal Aviation Administration. She currently holds a joint appointment with the MIT Haystack Observatory’s Atmospheric Science Department. She is a member of the International Union of Radio Science (U.R.S.I.), the Institute of Navigation (I.O.N), and the American Geophysical Union (A.G.U.). She is the current chair of commission G (ionosphere), US chapter of the URSI, a member of the GPS meteorology Interagency Working Group, and has recently served as a member of the Institute of Navigation Council. 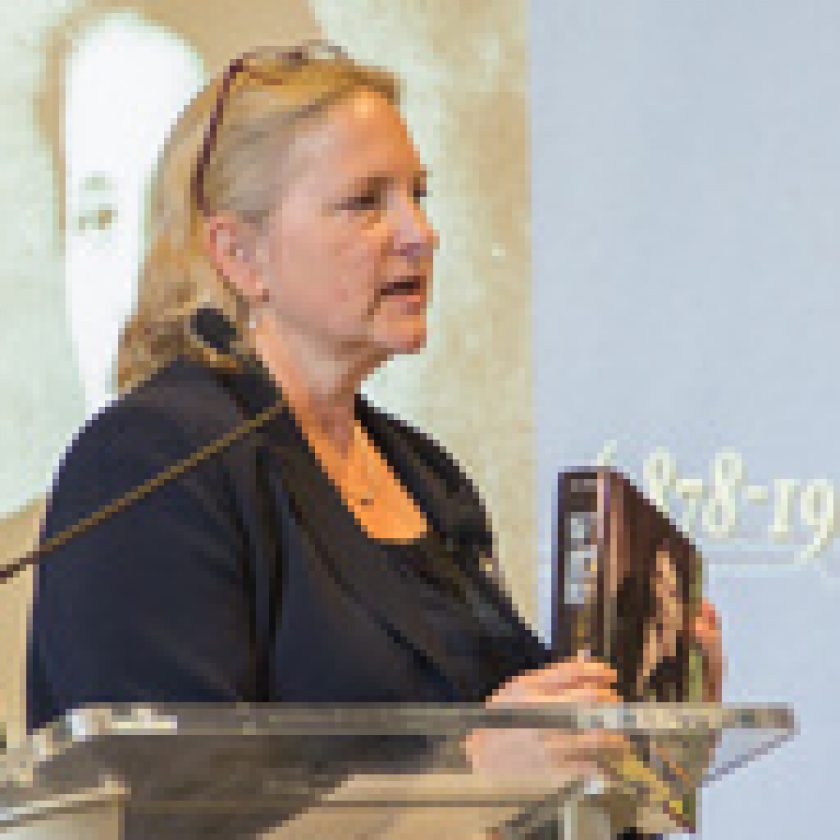