Millimeter-wave CMOS circuits are being developed for consumer products operating up to 100 GHz and beyond. Automotive radar centering around 77 GHz and spectrometers for gas analysis from 180 – 300 GHz are two example applications. Silicon foundries have demonstrated promising transceiver circuits manufactured in a standard digital process flow as opposed to a higher cost RF back-end process. In addition to the transceiver design comes the need to provide integration and packaging strategies that remain low in cost and high in performance.

This presentation will cover recent results of simulation, fabrication and measurement of thin-film interconnects and radiating elements fabricated in a CMOS process. Transmission line performance and antenna return loss data will be presented for frequencies up to 110 GHz. Two methods to integrate a broadband bowtie antenna will be presented with initial simulation results.

Rashaunda M. Henderson is an Assistant Professor in electrical engineering at The University of Texas at Dallas, located in Richardson TX. She received the B.S.E.E. degree from Tuskegee University, Tuskegee, AL, in 1992, and the M.S. and Ph.D. degrees in electrical engineering from The University of Michigan, Ann Arbor, MI, in 1994 and 1999, respectively. From 1999 to 2007, she worked as a R&D device at Freescale Semiconductor, formerly known as Motorola Semiconductor Product Sector. Since Fall 2007, she has been researching novel passive components and integration techniques for millimeter-wave circuits and systems. She advises six students in the design, fabrication and characterization of high performance transmission lines, circuits and electronic packages for frequencies operating up to 300 GHz. Dr. Henderson is a senior member of the IEEE. 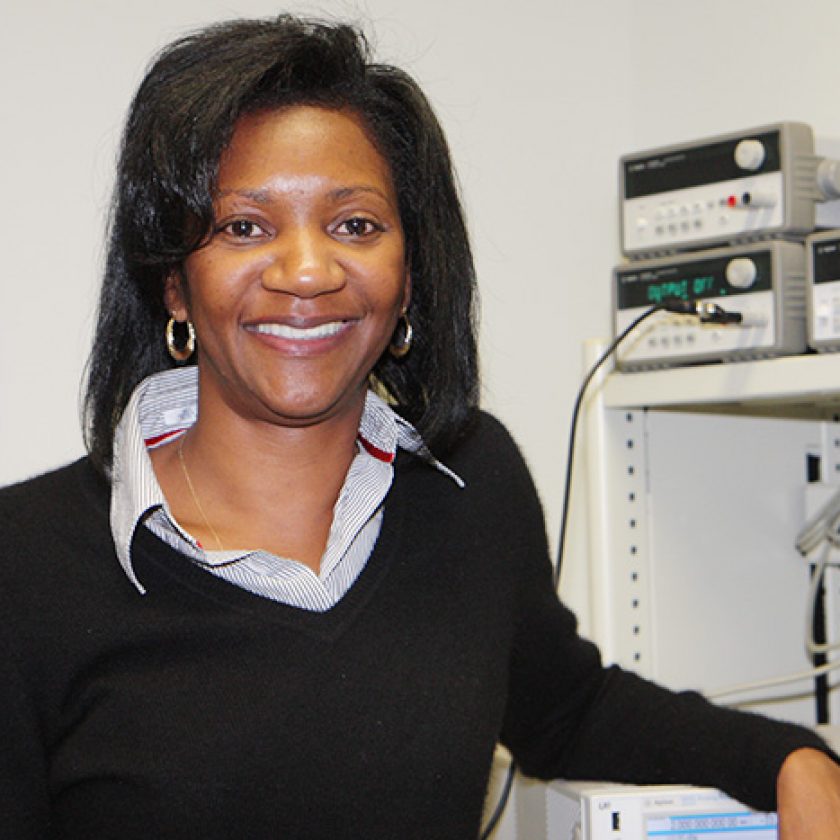