Nanophotonics in Systems of Large Sizes

Over the past decade, there have been numerous achievements in nanophotonics in successfully molding the flow of light. Recently, there has been great interest in studying nanophotonics in large-scale systems, which not only allows the demonstration of novel physical phenomena, but also enables important applications including displays, energy and high-power lasers. In this talk, I will focus on two topics as examples: bound states in the continuum and exceptional points.

Bound states in the continuum (BICs) are resonances but with theoretically infinitely long lifetimes. The existence of such states was first proposed back in 1929, yet has never been clearly demonstrated in electronic systems until now. Here, I will present our experimental results in demonstrating such states in large-area nanophotonic systems, our theoretical understanding of these states being fundamentally topological defects, their relations to singular optics and vector beams, as well as their applications in sensing and lasing.

In the second part, I will focus on an exotic type of degeneracy unique to non-Hermitian systems – exceptional points: at these points, not only the eigenvalues of a system but also their corresponding eigenstates coalesce. Here, I will present our recent experimental results in spawning a ring of exceptional points out of a single Dirac point, as well as why the traditional Purcell factors have to fail at these points and how this failure leads to new opportunities in light-matter interactions, in both linear and nonlinear regime.

Bo Zhen received his B.S. degrees (mathematics and physics) in 2008 from Tsinghua University, China, and his Ph.D. degree (physics) in 2014 from MIT. Since then, he has been working as a joint postdoctoral associate with Prof. Marin Soljacic at MIT and Prof. Mordechai Segev at Technion, Israel. 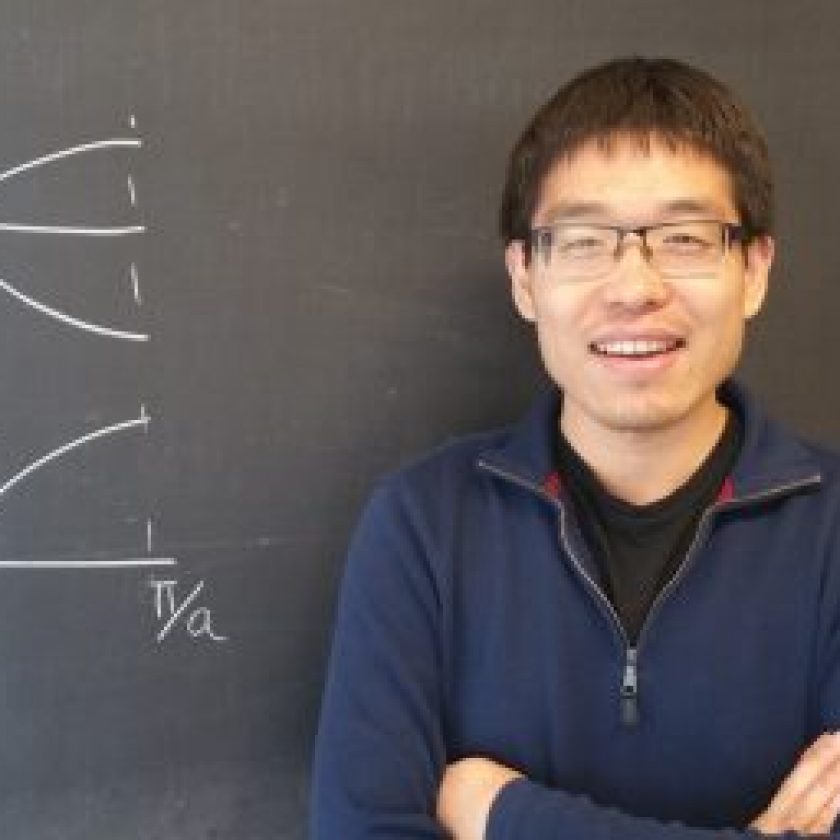