Engineers are constantly challenged with the temptation to search for optimum solutions for complex engineering system designs. The ever increasing advances in computational power have fueled this temptation. The well-known brute force design methodologies are systematically being replaced by the state-of-the-art Evolutionary Optimization (EO) techniques.

In recent years, EO techniques are finding growing applications to the design of electromagnetic systems of increasing complexity. Among various EO’s, nature inspired techniques such as Genetic Algorithms (GA) and Particle Swarm Optimization (PSO) have attracted considerable attention. GA utilizes an optimization methodology which allows a global search of the cost surface via the mechanism of the statistical random processes dictated by the Darwinian evolutionary concept. PSO is a robust stochastic evolutionary computation technique based on the movement and intelligence of swarms of bees looking for the most fertile feeding location.

This presentation will focus on: (a) an engineering introduction to GA and PSO, (b) demonstration of the potential application of GAs and PSO’s to a variety of electromagnetic engineering designs including personal communication antennas, wideband and multiband antennas, spacecraft antennas for remote sensing applications, design of electromagnetic and photonic bandgap (EBG & PBG)) structures, etc, and (c) assessment of the advantages and the limitations of the techniques.

Yahya Rahmat-Samii is a Distinguished Professor and former chairman of Electrical Engineering Department at the University of California, Los Angeles (UCLA). Before joining UCLA, he was a Senior Research Scientist at NASA’s Jet Propulsion Laboratory/California Institute of Technology. Dr. Rahmat-Samii was the 1995 President of IEEE Antennas and Propagation Society and was appointed an IEEE Distinguished Lecturer and presented lectures internationally. Dr. Rahmat-Samii was elected as a Fellow of IEEE in 1985 and a Fellow of IAE in 1986 and also served as the Vice President of AMTA.

Dr. Rahmat-Samii has received numerous awards, including the 1992 and 1995 Wheeler Best Application Prize Paper Award for his papers published in the IEEE Antennas and Propagation Transactions, 1999 University of Illinois ECE Distinguished Alumni Award, IEEE Third Millennium Medal, and AMTA’2000 Distinguished Achievement Award. In 2001, Rahmat-Samii was the recipient of an Honorary Doctorate in Physics from the University of Santiago de Compostela, Spain. In 2001, he was elected as a Foreign Member of the Royal Flemish Academy of Belgium for Science and the Arts. In 2002, he received the Technical Excellence Award from JPL. Dr. Rahmat-Samii was the 2005 recipient of the URSI Booker Gold Medal. 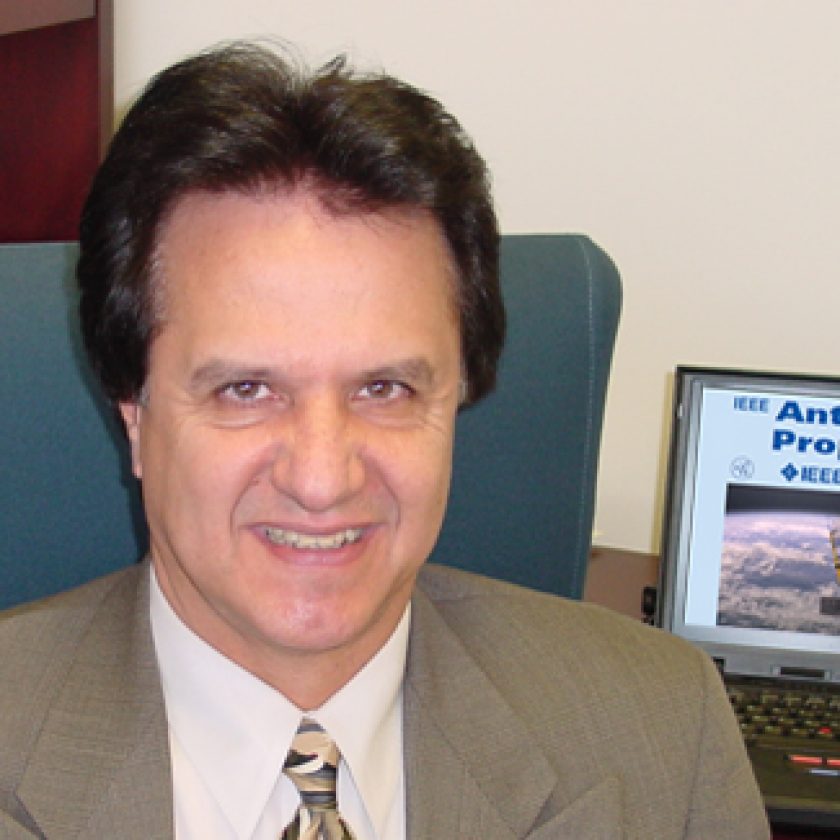