Spectrum congestion in commercial wireless communications is a growing problem as high-data-rate applications become prevalent. In an effort to relieve the problem, US federal agencies intend to make available spectrum in the 3.5 GHz band, which was primarily used by federal radar systems for surveillance and air defense, to be shared by both radar and communication applications. Even before the new spectrum is released, high UHF radars overlap with GSM communication systems, and S-band radars partially overlap with Long Term Evolution (LTE) and WiMax systems. When communication and radar systems overlap in the frequency domain, they exert interference to each other.

This talk presents our recent work on the latter approach. In particular, we discuss optimal co-design of MIMO radars and MIMO communication system signaling schemes, so that the effective interference power to the radar receiver is minimized, while a desirable level of communication rate and transmit power are maintained.

Athina Petropulu received her undergraduate degree from the National Technical University of Athens, Greece, and the M.Sc. and Ph.D. degrees from Northeastern University, Boston MA, all in Electrical and Computer Engineering. Since 2010, she is Professor of the Electrical and Computer Engineering (ECE) Department at Rutgers, having served as chair of the department during 2010-2016. Before that she was faculty at Drexel University.

More info on her work can be found at www.ece.rutgers.edu/~cspl 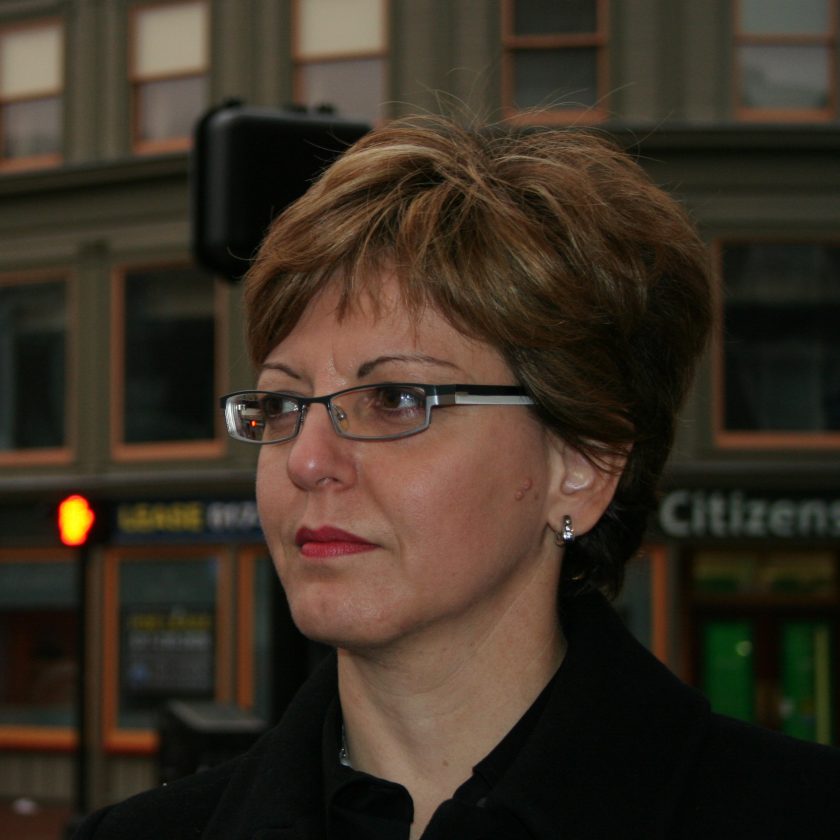