Looking ahead to give back 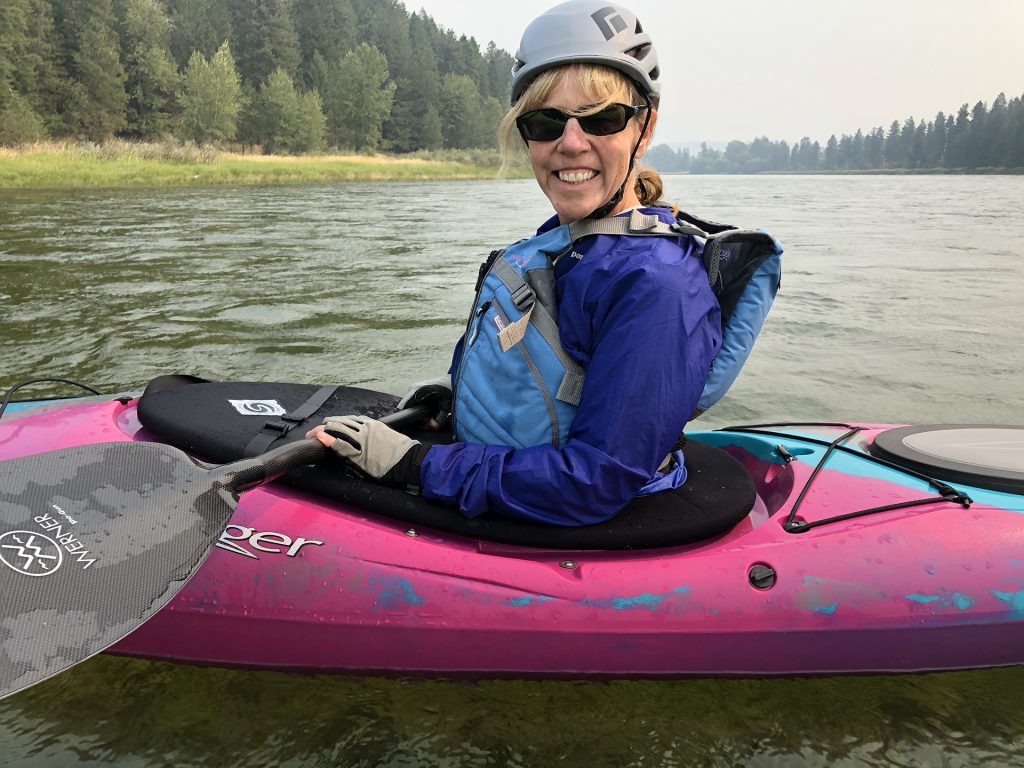 Booga Gilbertson’s love of the outdoors is part of what drew her from her hometown of Idaho Springs, Colorado, to life as an undergraduate at the University of Washington. She was initially interested in studying geography, limnology (the study of lakes and other bodies of freshwater) and oceanography. Her interest in electrical engineering was sparked in her sophomore year when her car began to have electrical problems, and she wanted to figure out how to solve them. Here, she is shown kayaking on the Kootenai River in northwest Montana. Photo: Don Rose

As a young child, Booga Gilbertson appeared to have a firm sense of who she was and what she wanted out of life, right from the start. Perhaps this sense of clarity and purpose that others saw in her began with her name, “Booga,” a family name that reflects her Scandinavian heritage and means “inspired or enlightened one.” Or maybe it became apparent when she chose to work through math activity books instead of coloring books, conducted science experiments in the kitchen and charged her family for gift-wrapping services during the holidays — expressing her budding interests in math, science and business.

“My work in the energy industry has provided an opportunity to serve my community and link my personal values and purpose to my work.”

However it began, determination, resilience and being able to express a clarity of purpose were gifts that took Gilbertson from a small town in Colorado, to the University of Washington, to her current role as senior vice president and chief operations officer of Puget Sound Energy. There, she built her reputation as a highly effective and successful leader in the energy industry through hard work and by leading, learning from and working with highly skilled teams through complex, high-stakes problem solving. 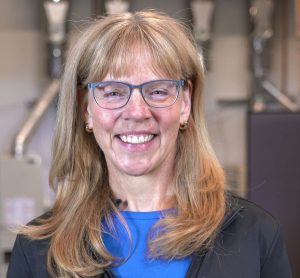 Gilbertson is the senior vice president and chief operations officer of Puget Sound Energy. She is known to be a highly effective and successful leader in the power industry, and she has built her reputation leading teams through complex, high-stakes problem solving. Photo: Bill Wright / Puget Sound Energy

“My work in the energy industry has provided an opportunity to serve my community and link my personal values and purpose to my work,” Gilbertson said. “I particularly enjoy connecting with and developing people, the challenge of navigating through change, and helping people have better quality lives, especially around wellness, the environment, and the application of engineering and science.”

Inspired to give to others

Gilbertson enjoys helping others, and a seed for her philanthropic goals was planted when she was a UW ECE undergraduate. Toward the end of her junior year, she received a $500 gift from an anonymous donor.

“I really needed money for books and on-campus food, and it provided just enough buffer and cushion. To know that I was going to be able to make it through the end of the year before I got to my summer job…I was just in disbelief that somebody would do that and not own up to it and just be that generous,” Gilbertson said. “It’s been over 30 years since then, and I still haven’t forgotten that. It made an impression on me then, and it has ever since.”

The experience stayed with her, and to help pay it forward, she thought carefully about where she could have the most impact. Then, she turned her dreams and goals into action.

Today, Gilbertson is giving back and has been actively involved and engaged with UW ECE for several years now, contributing her visionary leadership. She has been a regular speaker in UW ECE classes such as the “Leadership Seminar Series,” she was a member of the UW ECE Advisory Board from 2012 to 2015, and most recently, she gave the commencement address at the 2020 UW ECE Graduation Ceremony. 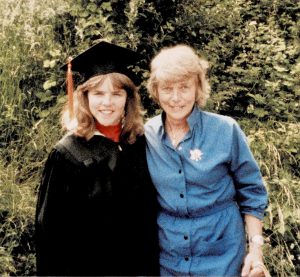 Gilbertson with her mother, Colleen Nyland, at Gilbertson’s graduation from UW ECE (then UW EE) in 1985. Nyland passed away earlier this year, and Gilbertson used part of the inheritance from her mother to fund the “You Rock” Endowed Scholarship. Gilbertson said that using her inheritance in this way helped to align what was important to her mother with her own set of values. She found the experience of doing this to be constructive and healing, and she is pleased that together, she and her mother will be creating a permanent legacy for others. Photo: Graig Gilbertson

Now, she’s taking her involvement with UW ECE one step further by establishing the “You Rock” Endowed Scholarship in Electrical & Computer Engineering, which will help to support undergraduate students in the department, especially those from rural communities who are the first in their family to attend college or those who may have lacked educational opportunities in science, technology, engineering, mathematics (STEM) or computer science.

“Ultimately, I decided that my experience and education through UW ECE was so transformative, and continues to be, that one of the best things I could do was to give somebody a hand into that experience,” Gilbertson said. “I think it will unlock opportunities for a person to transform the world in specific ways that they want to, however they choose to direct their energy. It is a foundation that allows a person to create an impact on the future in ways that are amazing, ways that they probably would never even envision.”

Gilbertson chose to include the phrase “You Rock” in the name of the endowed scholarship because, in the expression, the word “rock” is both a noun and a verb.

“It’s a phrase that acknowledges, values, encourages and celebrates the awesome contributions that a person makes,” Gilbertson said. “It is also a phrase that affirms the strength, sure-footedness, poise and resourcefulness that a confident and competent person exudes and brings to any situation. ‘You Rock’ is perfect for someone studying engineering.”

Envisioning the future to achieve a dream

The “You Rock” Endowed Scholarship is the fruition of a dream Gilbertson had to help financially support a UW ECE education for engineering students. She turned this dream into a long-term goal for herself and then took action, making possible for others an educational experience that she herself found invaluable to her career. 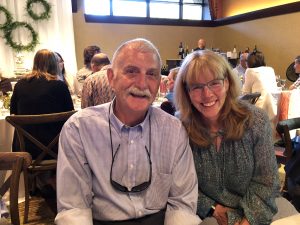 Gilbertson, with her life partner Don, at a family wedding in Alaska. It was Don who encouraged Gilbertson to include the phrase “You Rock” in the endowed scholarship fund’s name. Photo: Nadine Schliebe

“Over three decades ago, when I was sitting in what is now the Alaska Airlines Arena at Hec Ed Pavilion during my graduation ceremony, I didn’t have the perspective to know how valuable, adaptable and durable my engineering education from the University of Washington was and is,” Gilbertson said in her commencement address at the 2020 UW ECE Graduation Ceremony. “With each year, I have come to appreciate my education even more.”

“Ultimately, I decided that my experience and education through UW ECE was so transformative, and continues to be, that one of the best things I could do was to give somebody a hand into that experience.” — Booga Gilbertson

A willingness to dream big, set concrete goals and draw inspiration from the kindness of others all came together for Gilbertson in her effort to make a difference in the lives of UW ECE students. But despite being known for clarity of purpose, determination and leadership, it might come as some surprise that although other people have seen Gilbertson as a person with clear goals and ambitions, she didn’t always see herself that way, at least not at first. As she shared in her 2020 UW ECE graduation address, that kind of clarity often evolves over time.

“Reflecting on my own experience, if asked when I graduated what my vision and purpose was and what difference I wanted to make, I didn’t have a well-developed answer, but I did have a strong sense that I wanted my work to make a positive difference in my community, ” Gilbertson said. “Now that I have more life experiences, I refined things and know that I’m motivated by helping people have better quality lives, especially around wellness, using resources wisely and the environment. Knowing my vision and purpose helps guide my actions, decisions and solutions — especially during challenging times.”