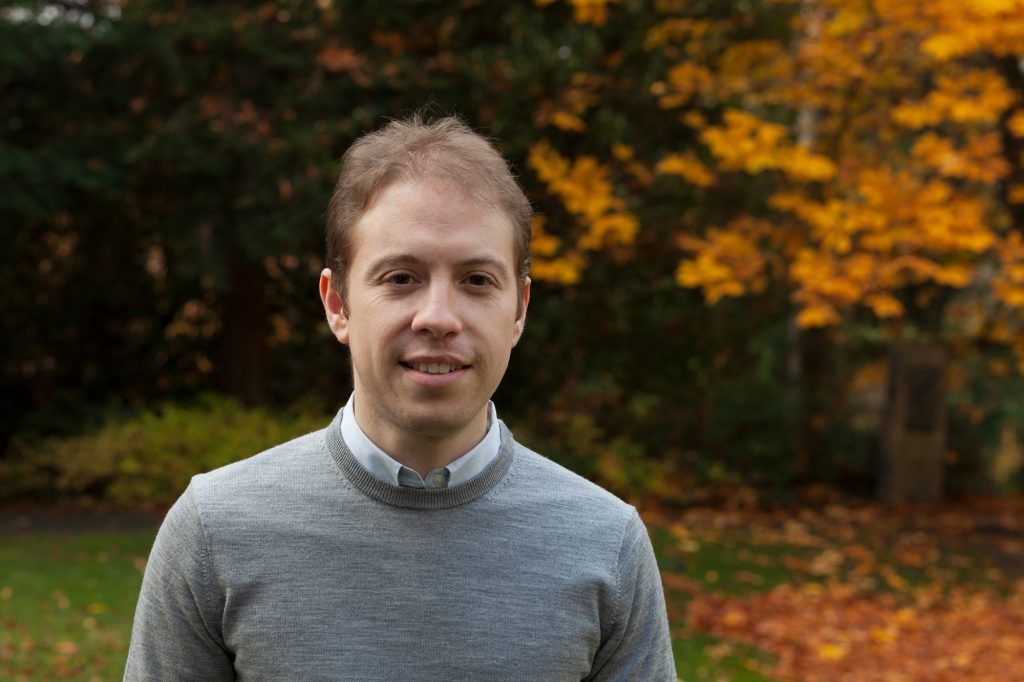 UW ECE faculty member Brian Johnson will be co-leading a new, national organization, the UNiversal Interoperability for Grid-Forming Inverters Consortium, or UNIFI, which will be funded by a $25M award from the U.S. Department of Energy. Johnson and his colleagues are aiming to radically remake the nation’s electrical grid, making it much more resilient to power outages and less dependent on fossil fuels. Photo by Ryan Hoover

It’s probably not news that electric power systems across the country can be vulnerable to extensive outages, as demonstrated by natural disasters such as Hurricane Ida and the 2021 Texas Ice Storm. But what may not be commonly known is that the electrical system the nation depends on, the North American power transmission grid, is still highly dependent on fossil fuels, not only to generate power, but also to restart the system itself when outages occur.

Recently, the U.S. Department of Energy (DOE) announced the creation of a new public-private consortium, which is aiming to address these issues. It will be co-led by the University of Washington (UW), the National Renewable Energy Laboratory (NREL) and the Electric Power Research Institute (EPRI). The consortium, known as the UNiversal Interoperability for Grid-Forming Inverters Consortium (UNIFI) will bring together leading experts from academia, industry and government organizations to advance research, development and implementation of technology designed to support renewable energy growth across the nation’s electrical power system. This effort will strengthen the country’s electrical grid, making it more resilient to power failures and blackouts, while also reducing dependence on fossil fuels.

UNIFI is funded by a $25M DOE award and will officially begin after initial negotiations between consortium partners conclude. The consortium will be directed by Ben Kroposki from NREL, and it will be co-led by Aidan Tuohy from EPRI and Brian Johnson, who is the Washington Research Foundation Innovation Assistant Professor of Clean Energy in the UW Department of Electrical & Computer Engineering (UW ECE) and a faculty member of the UW Clean Energy Institute.

“We are pursuing one of the most ambitious ideas in the field of electric power. Our aim is to revolutionize the way the grid works from a fundamental standpoint,” Johnson said. “By collecting top researchers and industry leaders under one umbrella organization, we will be best positioned to work as a unified front toward this paradigm shift.”

“Brian Johnson’s leadership in electric power is inspiring and one of the reasons UW ECE is a leader in developing new approaches to electric power that are driving the technology into the future,” UW ECE Professor and Chair Eric Klavins said. 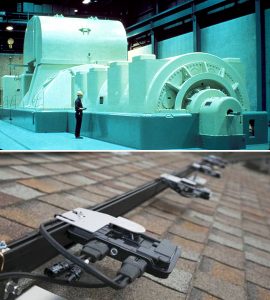 Currently, the nation’s electrical grid relies on large, spinning power turbines such as the one shown at top. Many of these machines are vulnerable to going offline during widespread power outages and are powered by fossil fuels such as coal and natural gas. UNIFI seeks to address these issues by advancing research on ‘grid-forming inverters’ — an emerging technology that would enable renewable energy devices, such as the rooftop solar power inverter shown above, to remain powered-up during grid disturbances and restart the grid in a coordinated manner if outages occur. Photos by the U.S. NRC (top) and Enphase Energy, a UNIFI partner (bottom)

The nation’s electrical grid in its current form relies on large, spinning power turbines fueled chiefly by coal and natural gas. When these power generators go offline, or power transmission lines go down in a storm or natural disaster, such an event can sometimes trigger other energy sources on the electrical grid to turn off, resulting in a cascading blackout.

UNIFI seeks to address these issues by advancing research on ‘grid-forming inverters’ — an emerging technology that allows renewable energy sources such as solar and wind power, and other inverter-based energy sources such as batteries, to remain powered-up during such grid disturbances, and if cascading outages occur, to help restart the grid in a coordinated manner. The consortium will lead the development, modeling and implementation of this technology, while establishing specifications and standards to ensure interoperability between inverters from different manufacturers.

“As we continue to adopt renewables, battery storage and electric vehicles in greater numbers, the grid itself is transforming right under our feet,” Johnson said. “What we are aiming to do is to ensure that as the grid evolves over this coming decade, we properly steer it in a direction that not only preserves its reliability and integrity but actually enhances it and makes it better. This use of dispersed, renewable energy allows us to engineer a new type of grid, one that is ultra-resilient and can provide uninterrupted power for consumers and energy users at all scales.”

‘Evolve’ is a keyword. Johnson and his colleagues at UNIFI realize that unlike their predecessors in the early 1900s, who developed and pieced together the electrical grid we use today, current efforts will be building on top of already existing infrastructure. Like its name implies, UNIFI seeks to unify new and old technologies, local and global power control systems, slower conventional machinery and ultra-fast power electronics, big and small power generators, and different types of energy such as solar, wind, battery storage, fossil fuels, and others, all into one, unified electrical grid — a grid that better supports wide-scale adoption of clean energy sources and is more resilient to natural disasters.

Educating tomorrow’s engineers and building toward the future 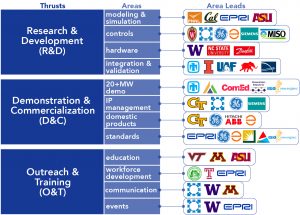 UNIFI includes education and workforce development as a key part of its many planned initiatives over the coming years. The consortium’s partners will be working together to develop teaching materials and conduct seminars, tutorial workshops and hands-on training. UNIFI will also broadly disseminate its research results throughout academia and industry.

“The vision that we have for the grid is so transformative that the manner in which students and engineers learn how power grids work will need to be revamped,” Johnson said. “Traditional rotating generators have been at the core of power systems curricula up to now. This paradigm shift towards electronically-interfaced energy will be significantly different. Students and engineers will need to be kept up to date on how these changes are happening during these coming years.”

In his lab at UW ECE, Johnson will focus on applying fundamental advances in theory toward hardware-based experiments that show how next-generation power-electronics-based grids will work. He’ll be bringing on at least two graduate students to assist with this effort. There are also plans in the works to form a graduate student team across universities that are part of UNIFI, so students will be able to directly contribute to the consortium’s overarching vision.

Significantly changing a framework as large and expansive as the nation’s electrical grid is a massive undertaking, so UNIFI is preparing for a long-term effort. The DOE award has a duration of five years, and after that, the consortium plans to support its work through a combination of income-generating mechanisms such as member fees, intellectual property licenses and contract research. The consortium plans to be fully self-sustaining by the end of the DOE award, so it can follow through on its vision of significantly increasing grid resilience and reducing dependence on fossil fuels by 2035.

“We’re trying to reinvent the grid with electronics and new technology, but unlike in the past, it will be done through an evolution, rather than building it from scratch out of nothing,” Johnson said. “This will be something that changes slowly over time, but I envision that in 10 to 20 years, we will have a radically different grid.”

For more information about the UNIFI Consortium, read recent press releases from the DOE , NREL and EPRI, or contact Brian Johnson.