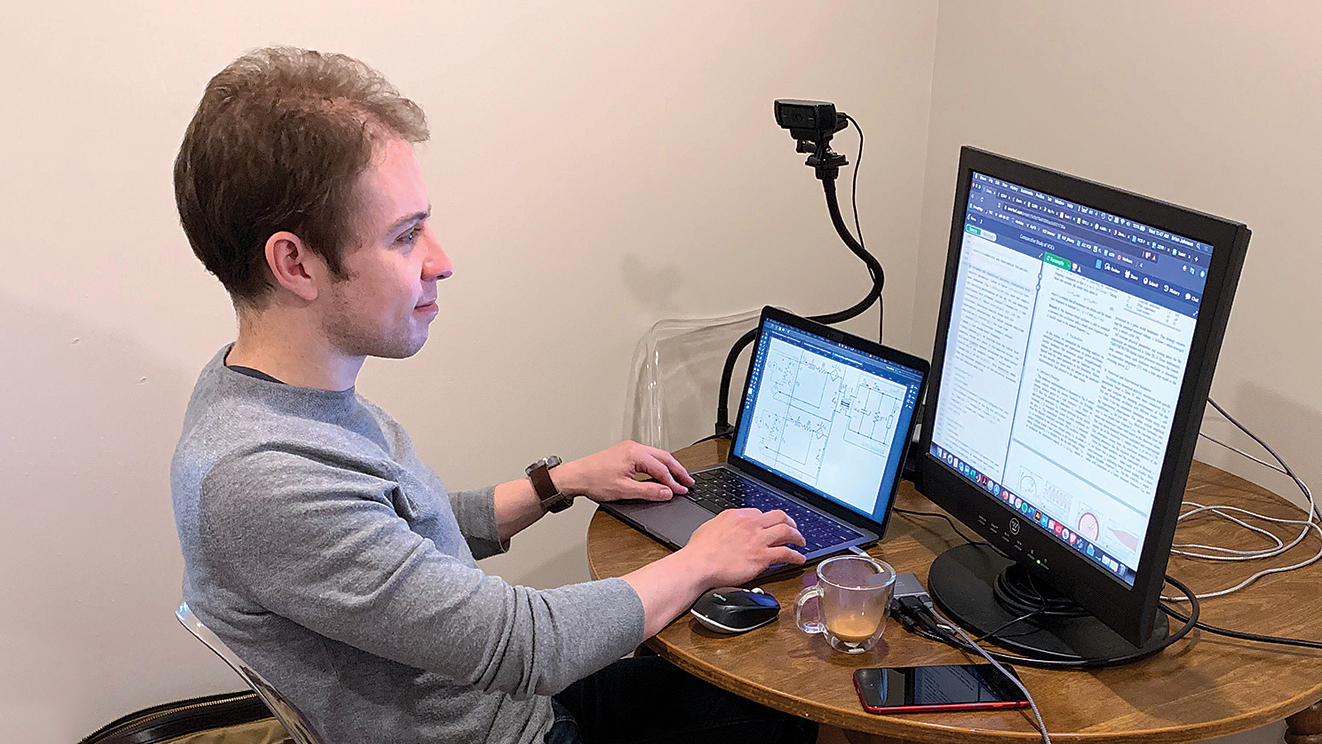 The COVID-19 pandemic has affected virtually every facet of life, including scientific research carried out at companies and universities around the world.

As biomedical researchers scramble to find a treatment or vaccine, other scientists and engineers try to continue their own work in the midst of a pandemic. In some cases, this means writing a paper or grant from home rather than at the office. But in many others, the disruption is more pronounced.

Most academic, government, and corporate labs in the United States have scaled back operations or closed temporarily to comply with stay-at-home orders. The impacts of these changes can vary greatly from one field to the next, depending on the nature of the work.

John Verboncoeur, a director of IEEE and associate dean for research and graduate studies at Michigan State University, says, “Our surveys indicate that theoretical research teams—my own included—are operating at around 80 to 90 percent efficiency, with the main challenge being the ability to explain complicated concepts without our traditional ‘waving hands about’ and interactive work at the white- or blackboard.”

For experimentalists, the pandemic is more disruptive, although some experiments may be completed from home. “The early focus [for experimentalists] was on catching up on the literature, completing manuscripts, analyzing existing data, and so on, which led to a productivity of 50 percent or so,” says Verboncoeur. “However, much of that is coming to completion, and we are seeing productivity drop as the activities narrow down to designing upcoming experiments and protocols.”

Engineers in many fields are looking for new ways to remain innovative and productive. Take, for example, those in the green energy sector. While some climate and energy research may continue from home, other projects are more difficult or impossible to complete remotely.

Sally Benson’s lab at Stanford University is doing a mix of theory, modeling, and experiments to support the transition to a low-carbon future, including studies related to carbon capture and storage. While the theory and modeling aspects of this research are easy enough to continue, the experimental work involves analyzing rock samples at the extreme temperatures and pressures found in underground reservoirs—tests that aren’t feasible to carry out at home.

Despite this limitation, Benson’s group is still finding ways to continue with some aspects of their experimental work. “The good news is that as experimentalists, we tend to collect way, way more data than we can assimilate,” she says. “We generate these immensely rich data sets, where there’s plenty more we can mine out of those data sets.”

The group is now returning to its old data sets and reanalyzing the data to answer new, unexplored questions, in part by applying machine learning. By doing so, the researchers have uncovered previously unknown ways that carbon dioxide interacts with rock. Benson acknowledges, however, that this reuse of old experimental data can’t go on forever.

Further up the coast, at the University of Washington, Electrical & Computer Engineering’s (UW ECE) Washington Research Foundation Innovation Assistant Professor of Clean Energy, Brian Johnson, is leading two projects funded by the U.S. Department of Energy. Both are designed to facilitate a major shift from electromechanical power grids to grids based on power-electronics systems that will better support renewable energy.

One project involves the design of controllers for these new power grids. The effort launched in April just as the pandemic was taking hold in the United States, but the team was able to get the research started by focusing on pen-and-paper designs and software simulations.

However, the pandemic may prove more problematic for Johnson’s second endeavor. It involves the design of a new breed of high-efficiency power electronics that converts DC power from solar cells into grid-compatible AC power. “For that project, we have a heavy set of milestones coming up in the summer months to actually demonstrate the hardware,” says Johnson. “If we can’t do [tests] in the summer, we’re going to have to start coming up with some contingency plans. Since these experiments necessitate a power lab with specialized equipment, they cannot be done in our homes.”

While the pandemic affects each research project to varying degrees, its overall impact on the broader shift toward green tech—and on the state of engineering research more generally—is still unclear.

Benson says she’s slightly concerned that the pandemic may cause some researchers to shift their focus from climate change to medicine. “To me, the COVID-19 pandemic is sort of a multiyear challenge and a short-term nightmare,” she says. “If we’re not careful, climate change will be a decadal-scale nightmare. So this work needs all of the attention it can get.”

Johnson is less concerned that the pandemic will interfere with the advancement of green tech, saying: “I think that energy is such an integral part of modern life itself and infrastructure that I don’t perceive [the COVID-19 pandemic] fundamentally altering the fact that we all need energy, and cheap energy.”