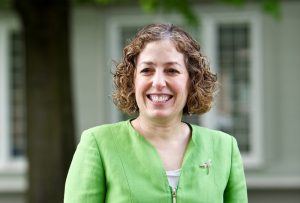 UW ECE professor Eve Riskin has been the associate dean of diversity and access in the UW College of Engineering for the past six years. She recently received the Presidential Award for Excellence in Science, Mathematics and Engineering Mentoring (PAESMEM), which represents the highest national honor bestowed by the U.S. government upon mentors who work to expand STEM talent

There are few people who have made the kind of impact Eve Riskin has mentoring underrepresented students and faculty while increasing diversity and access in higher education. Now, those efforts are being noticed by the highest level of the U.S. government. Riskin is a professor in the University of Washington Department of Electrical & Computer Engineering (UW ECE) and has been the associate dean of diversity and access in the UW College of Engineering for the past six years. She was recently recognized with one of the nation’s highest honors for her many achievements.

In August this year, the White House announced Riskin as a recipient of a 2019 Presidential Award for Excellence in Science, Mathematics and Engineering Mentoring (PAESMEM). A virtual ceremony was held August 3. After restrictions due to the novel coronavirus are lifted, she, along with 14 other awardees from across the nation, will receive a certificate signed by the President, travel to Washington D.C. for an in-person ceremony and join a network of over 300 PAESMEM alumni. The award represents the highest national honor bestowed by the U.S. government upon mentors who work to expand science, technology, engineering and mathematics (STEM) talent.

“Eve has worked tirelessly for decades to improve diversity, equity and inclusion for our students, staff and faculty, both in UW ECE and the College of Engineering,” said UW ECE professor and Chair Eric Klavins. “I personally count her as a mentor, adviser and friend who challenges me to think beyond my own experiences and pushes me to make positive changes in my leadership style. She is an absolutely invaluable resource for our university, and we should all be incredibly proud that she has been distinguished with this award.”

Besides being a high honor, this is an award that has deep meaning for Riskin.

“The Presidential Award is the honor of a lifetime. It sends the message that our nation’s underrepresented and underserved people deserve our support to access myriad wonderful opportunities in STEM,” Riskin said. “For too long, engineering has lacked diversity in so many dimensions. Finally, as a woman in electrical engineering, the Presidential Award sends me the message that the past 40 years I spent working against so many obstacles have made a difference.”

Challenges and the importance of mentorship

Riskin has faced many challenges in her efforts to improve diversity and access at the university. Institutional racism and sexism are two among many existing and entrenched “isms” she has actively worked to counter. These continue to stand as significant obstacles to achieving equitable education, especially in fields associated with STEM.

“Academia is very much designed for privileged white males, especially engineering,” Riskin said. “Black Americans, Latinx Americans, Native Americans, members of the LGBTQ community, women and people from low-income backgrounds are all poorly represented. Also, the belief that STEM is a meritocracy, looking at grades as the be-all and end-all without recognizing that grades are achieved in the context of people’s lives, is really toxic.”

According to Riskin, addressing these challenges is a time-consuming, but necessary process to achieve an educational environment that welcomes and includes all. She asserts that real progress can be made through mentorship, working with one student or faculty member at a time, and she is well regarded across the University for her work in this area.

“Professor Eve Riskin has been a trailblazer for inclusion, diversity, equality and access since well before these terms became part of the STEM fabric,” said UW ECE professor and former Chair Radha Poovendran, who nominated Riskin for the award. “The impact of her work will be amplified as our communities continue to benefit from her efforts for many decades to come.”

Riskin has been instrumental in establishing and maintaining many national diversity-related initiatives and programs at the university such as On-Ramps into Academia and LEAD / LEAD-it-Yourself!, a program to provide professional development to STEM department chairs, enabling them to create a positive department culture for diverse faculty. However, there are two programs that stand out, and according to Riskin, are especially near and dear to her heart. 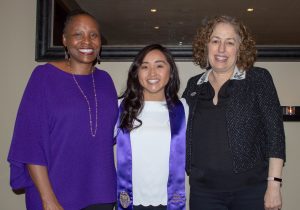 In 2013, with support from the University of Colorado Boulder Engineering GoldShirt program, Riskin helped launch the Washington STate Academic RedShirt program (STARS) at the UW. This program draws its inspiration from the concept of a “redshirt” year in college athletics, giving students an extra year of preparation to succeed. The program supports engineering and computer science students from low-income, first-generation and underserved backgrounds in navigating the transition to college-level courses, and it is welcoming its eighth student cohort this fall. Riskin currently serves as STARS’ faculty director.

“Mentoring is very important at the undergraduate level because students come to the university with varying degrees of preparation,” Riskin said. “If you didn’t provide access for these really smart and talented students from less privileged backgrounds, they’re probably not going to succeed in your system. STARS is another form of institutional transformation.”

To date, student retention or graduation in engineering or computer science has been at nearly 80%. Nationally, engineering retention numbers hover around 50%, so STARS’ retention rate is truly outstanding. Several STARS participants have also gone on to succeed in graduate-level education and at respected technology companies such as Dropbox and Boeing. 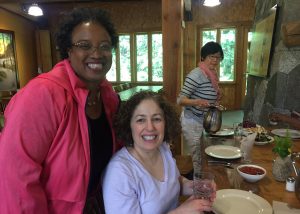 In 2002, Riskin became faculty director of the UW ADVANCE Center for Institutional Change, which provides mentoring and leadership development programs for female faculty in science and engineering at the UW.

“A big part of my work has been to mentor and support female faculty,” Riskin said. “The first grant we received for ADVANCE was called an institutional transformation award. We looked at what UW policies, procedures and practices were holding women back, and then we focused on changing the system.”

When ADVANCE began at the UW in 2001, the percentage of female faculty in the UW College of Engineering was 14%. Now, thanks in large part to ADVANCE, it is well over 26%, a statistic that can be compared with the national average of 17.4%. Today, ADVANCE continues to thrive as a center aimed at supporting faculty working in STEM disciplines.

Using privilege to help others

The PAESMEM provides its recipients with access to a network of individuals and groups across the country working toward furthering diversity, access, equity and inclusion in higher education. Riskin stated that she hopes receiving the award and becoming part of this new community will help her bring more recognition to and support for diversity and access efforts across the University.

She is also continuing to encourage her UW colleagues to use their positions of privilege and power to assist those who may be underrepresented or outside of the educational system.

“People on the inside can help warm the system for people on the outside by pointing out some of the flaws of the system,” Riskin said. “That helps people recognize that their challenges are likely not their fault, it’s the system’s fault. That’s the role of a mentor.”

Although the challenges ahead remain daunting, Riskin noted that treating others with empathy and consideration, a skill that can be learned and is often taught to children, is foundational to good mentorship. She is also heartened and motivated by what she believes is the intrinsic goodness of people.

“I came from a family where my mom taught us that if you want to feel good, do something nice for somebody else. It was just part of how I was raised,” Riskin said. “Most people out there want to help people. Think about how popular the “pay it forward” concept is. There are people all the time making a difference, and I think that’s the majority of people.”

Learn more about Eve Riskin’s work in diversity, access, equity and inclusion on the UW STARS and ADVANCE websites.