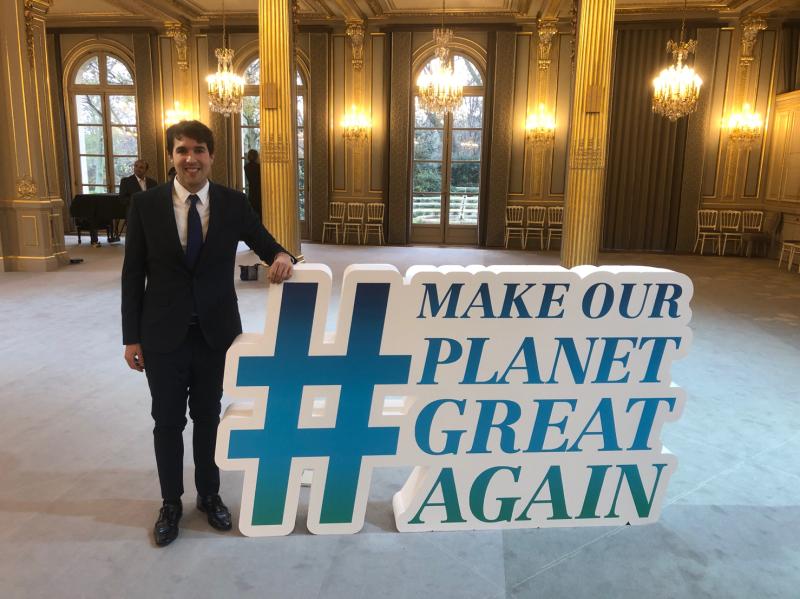 ECE Alum Jesus Contreras Ocaña, who graduated from UW with his masters in Electrical Engineering in 2015 and Ph.D. in Power Systems in 2018, recently attended the second anniversary event of French President Emmanuel Macron’s “Make Our Planet Great Again” initiative. This past October, Contreras Ocaña concluded a one-year post-doctoral research fellowship at the Université de Grenoble Alpes and G2Elab, where he conducted research related to microgrids for the Eco-SESA program. His postdoctoral research was funded by the Make Our Planet Great Again program. Currently, he works in Brussels, Belgium as a Smart Energy Consultant at ENGIE Impact (Tractebel).

The Make Our Planet Great Again program was launched on June 1, 2017, following the decision of the United States to leave the Paris Agreement on climate change. It is a call to researchers and students, entrepreneurs, associations and NGOs, students and all civil society to mobilize and join France to lead the fight against global warming.

“If we want to prepare collective changes, adapt our behavior, we need science. We need students. We need researchers,” stated President Macron. 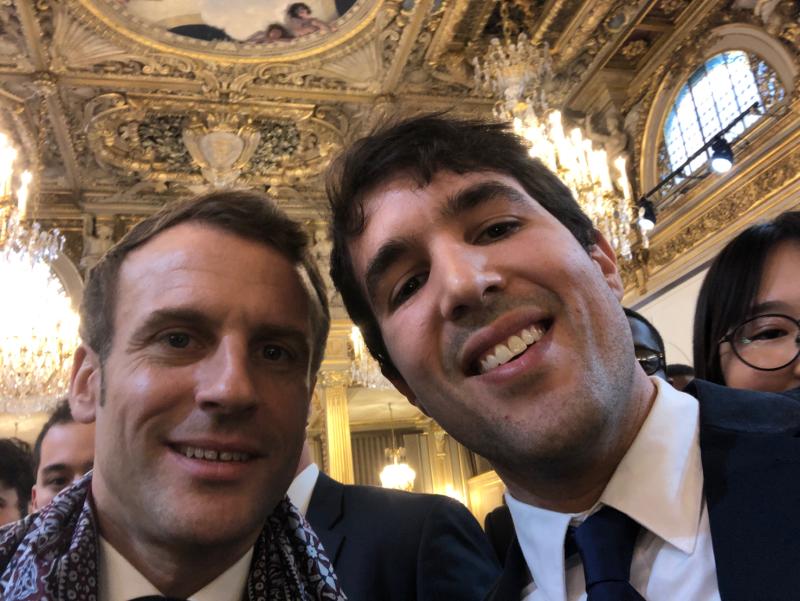 To celebrate the second anniversary of this program, Contreras Ocaña was invited to a ceremony at the Elysée Palace in Paris, where he and other invitees discussed the importance of climate change-related research, the Make Our Planet Great Again program, and how it could be improved for future cohorts. Contreras Ocaña was also lucky enough to catch a selfie with President Macron. Congratulations, Jesus, on your continued success and commitment to improving the conditions of the climate crisis.