Professor Joshua R. Smith elected Fellow of the National Academy of Inventors for his innovations in wireless power, communication, sensing and robotics 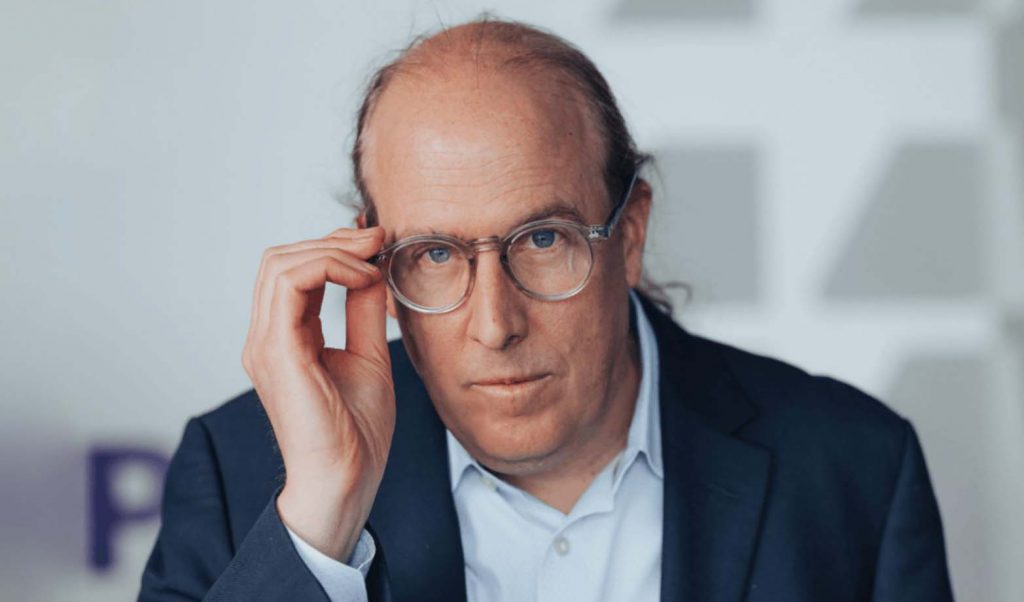 Josh Smith, the Milton and Delia Zeutschel Professor in Entrepreneurial Excellence, was elected into the 2021 class of Fellows of the National Academy of Inventors for his impactful creations in the fields of wireless power, communication, sensing and robotics.

Professor Joshua R. Smith, the Milton and Delia Zeutschel Professor in Entrepreneurial Excellence, who holds a joint appointment in the Department of Electrical & Computer Engineering (UW ECE) and the Paul G. Allen School of Computer Science & Engineering, was elected into the 2021 class of Fellows of the National Academy of Inventors (NAI) for his impactful creations in the fields of wireless power, communication, sensing and robotics. Smith, who leads the Sensor Systems Lab, is one of only five University of Washington faculty members to have received this prestigious award that highlights the prolific spirit of innovation in academic inventors. The NAI Fellows program was created to recognize inventors and their contributions to society, which stimulate the economy, improve and save lives, and make the world a better place. It is the highest professional distinction given solely to academic inventors.

“Josh has inspired all of us with his leadership in entrepreneurship and innovation,” said UW ECE Professor and Chair Eric Klavins. “This is part of why our Department continues to be the number one generator of startup companies at the University. He also models for our students how to create and develop innovative technology that has far-reaching, positive impacts on society. He simply embodies the best of the best.” 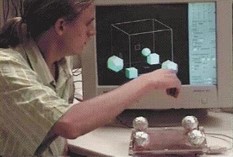 Smith as a graduate student at MIT using mutual capacitance measurements to track hands in the air.

The NAI Fellow selection process considers inventions that have been licensed or commercialized. Smith holds 48 U.S. patents and 16 international patents, 44 of which are licensed by companies. His inventions have led to hundreds of millions of dollars in product revenues, bolstering the economy and the creation of approximately 70 full-time jobs, according to Suzie Pun, a professor in the Department of Bioengineering and another UW faculty member who is an NAI Fellow.

His first six patents, developed while a graduate student at MIT, pioneered mutual capacitance sensing and led to the creation of a smart airbag system that was included in every Honda car between 2000 and 2015. Before his arrival at UW, Smith spent five years at Intel Research Seattle, creating new capabilities in wireless power, wireless sensing and robotics. He led the creation of the Wireless Identification and Sensing Platform (WISP), the first fully programmable platform for wireless, battery-free sensing and computation powered by radio waves. Soon after, he developed Wireless Resonant Energy Link (WREL), which uses magnetically coupled resonators to efficiently transfer wireless power even as range, orientation and load vary. With the help of a heart surgeon from Yale, Smith was able to power a ventricular assist device designed for implantation in the human body without requiring a cable through the patient’s chest, called the Free-range Resonant Electrical Energy Delivery System (FREED). This wireless power work at UW is commercialized by WiBotic, a company Smith co-founded with ECE alumnus Benjamin Waters (Ph.D., ‘15). The UW patents are also licensed for implanted heart pumps by Corisma. 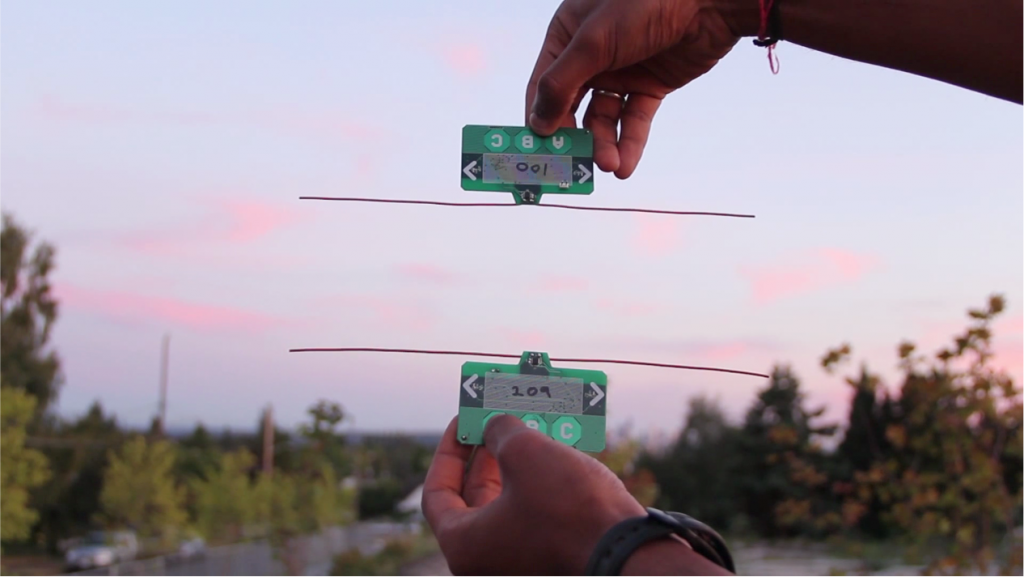 Ambient backscatter devices powered by radio waves from a TV tower in the background. They communicate with one another by selectively reflecting the tower’s radio signals.

“Among the many outstandingly inventive engineers at Intel Research Seattle, we were especially excited that Josh joined our faculty, he is extraordinary in every imaginable respect,” said Ed Lazowska, professor and Bill & Melinda Gates Chair Emeritus at the Allen School. “He is an academic inventor and entrepreneur of the highest caliber and in the finest tradition.”

“Invention is just one part of a long process to bring new things into the world. I am very grateful to the many people who have worked so hard to take these inventions from the lab to the world.” – Josh Smith

In 2013, Smith, together with Allen School professor Shyam Gollakota and a team of graduate students, developed Ambient Backscatter using existing wireless signals to provide power and communication for low-power sensing and computing devices. This next led to the creation of Passive-Wi-Fi, bringing low-power Wi-Fi to transmissions. They also invented Interscatter, using wireless transmissions over the air from one technology to another for internet-connected implanted devices. Smith also co-led the UW team behind the world’s first battery‐free phone, as well as a series of ultra-low-power battery-free wireless cameras that communicate via backscatter. This research is being commercialized by Jeeva Wireless, a UW spinout co-founded by Smith, Gollakota, and ECE alumni Vamsi Talla (Ph.D., ‘16) and Aaron Parks (Ph.D., ‘17). 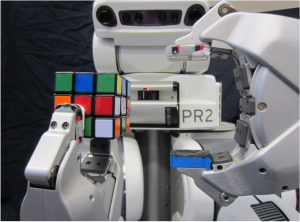 “Josh has a consistent record of impactful inventions,” said Pun. “I have gotten to know him through a research collaboration to develop touchscreen-based sensors for detection of pathogens such as SARS-CoV-2. Josh devised a creative method to improve detection sensitivity for the virus; he is in the process of testing this idea in his laboratory. If successful, his design could be applied for next-generation biosensing devices.”

“I feel so privileged to collaborate with my outstanding UW faculty and student co-inventors,” said Smith. “And invention is just one part of a long process to bring new things into the world. I am very grateful to the many people who have worked so hard to take these inventions from the lab to the world, including UW CoMotion, many patent attorneys, and most of all the co-founders and employees at the companies making these technologies real.” 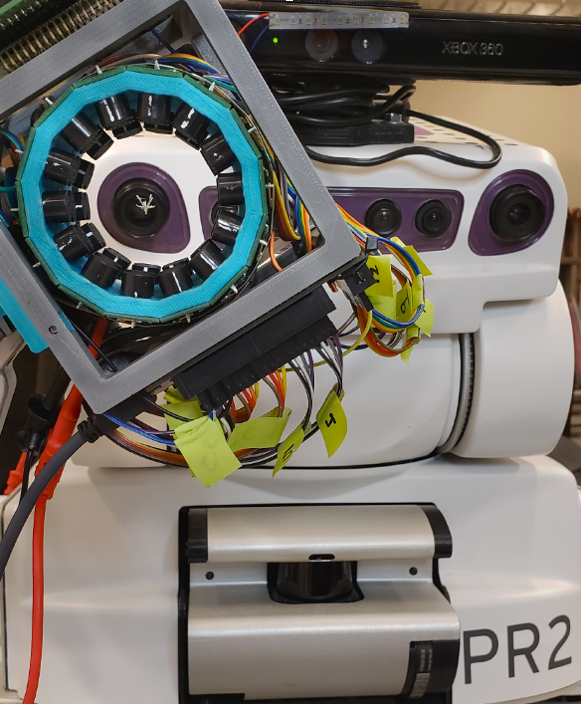 A robot using acoustic levitation to hold a flower without touching it. 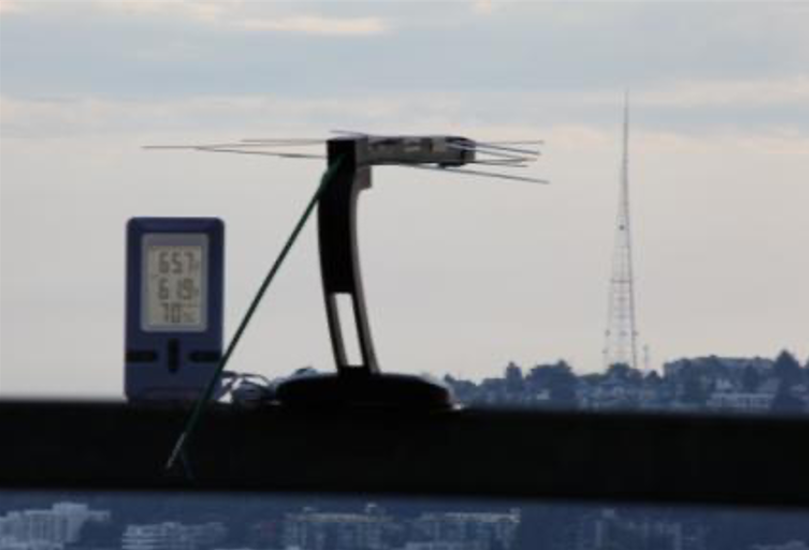 Wireless Ambient Radio Power: A kitchen thermometer is powered by radio waves from the tower in the background.