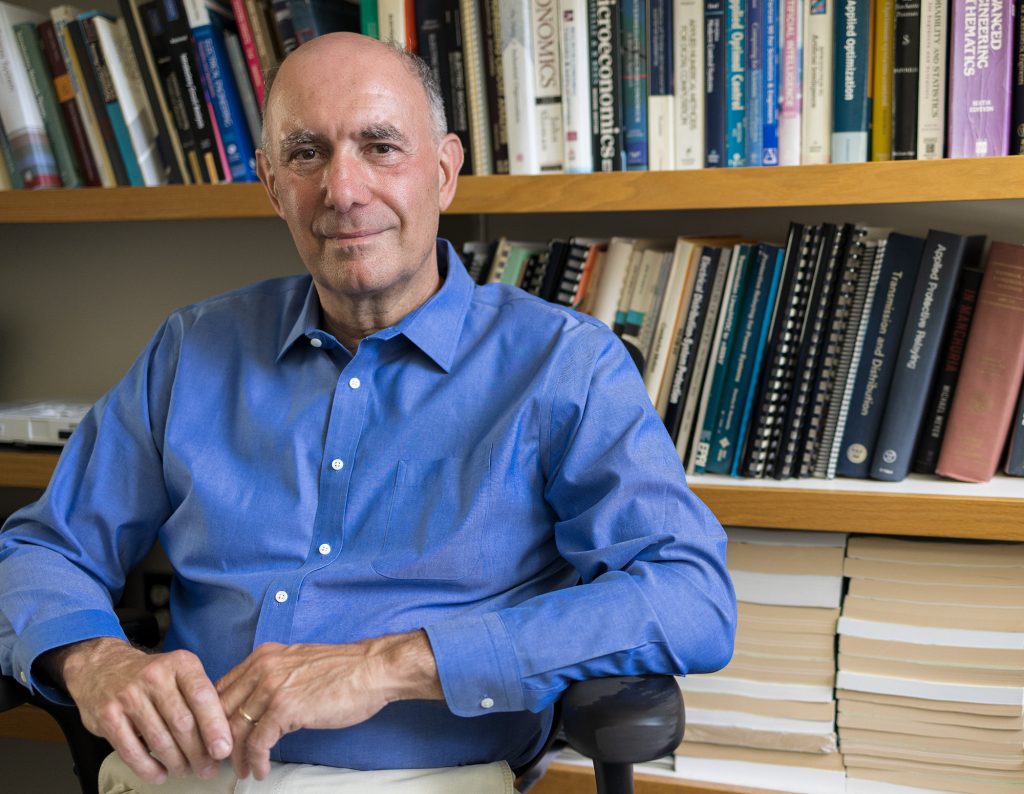 Daniel Kirschen is an IEEE Fellow and the Donald W. and Ruth Mary Close Endowed Professor in Electrical Engineering at UW ECE. He is known internationally for his power and energy system research. Photo by Ryan Hoover / UW ECE

UW ECE Professor Daniel Kirschen was recently named editor in chief of IEEE Transactions on Energy Markets, Policy and Regulation. This new publication, launching July 2022, is a peer-reviewed journal containing articles that cover complex topics and issues at the intersection of power systems engineering, energy policy and market regulation. The journal will promote a move toward renewable sources of energy, and it will seek to drive investment in resilient, sustainable energy systems that consider all stakeholders’ needs.

Kirschen, who is an IEEE Fellow and the Donald W. and Ruth Mary Close Endowed Professor in Electrical Engineering at UW ECE, is known internationally for his power and energy system research. He is also well known for co-authoring “Fundamentals of Power System Economics,” a textbook that is considered essential reading for university students and practicing engineers.

“In that book, I was trying to explain economics to engineers, so they could make the electricity markets work better,” Kirschen said. “I was also explaining a bit of the engineering to economists, so they could understand what physical limitations might be imposed on the design of markets. I saw this opportunity at IEEE as a continuation of the work that I already do.”

Kirschen will serve as editor in chief of the publication for five years. He said that he hopes the journal will serve as a place where engineers, economists and policy makers can exchange ideas in ways that move existing power and energy systems toward more resilient and sustainable frameworks.

Kirschen is part of the Clean Energy Institute at the UW, and his research at UW ECE has two main focal points. One is developing methods to integrate more renewable energy into the nation’s existing electrical power grid. The other is finding ways to ensure the resilience of the grid during natural disasters. Kirschen is an international leader in these research areas and is often sought after by experts in the field and members of the media for his insight.

His research, and that of many others who will be publishing in the IEEE journal, is aimed in large part at decarbonizing the economy — using less energy from fossil fuels and more from renewable sources. This is work that is vitally important to reducing the worldwide impact of climate change. Decarbonizing will involve electrifying large sectors of the economy, including transportation, heating and cooling systems, and industrial processes. This increased electrification means that electricity demand in the future will spike upwards, putting extra pressure on existing power grids. Managing this sharp, upward trend in electricity demand will require smart planning and cooperation between engineers, those establishing energy policy and energy market regulators.

“We will need to have good energy policies in place to handle future electricity demand,” Kirschen said. “Good policies rely on strong markets and appropriate regulation, so economically efficient solutions can be found through the invisible hand of the market. All of this must be supported by solid engineering.”

An international background and a dedicated educator 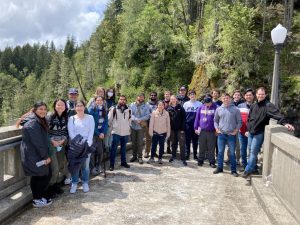 Kirschen with a group of undergraduate students, touring the inner workings of the Cushman Hydro Dam. Photo courtesy of Daniel Kirschen

Kirschen was born and raised in Brussels, Belgium. Following in his brother’s footsteps, he earned his electrical engineering degree from the University of Brussels. He later earned his doctoral degree at the University of Wisconsin-Madison and went on to hold professional positions at Control Data Corporation and Siemens. In 1994, he returned to academia at the University of Manchester, where he served as a professor and head of the University’s Electrical Energy and Power Systems Research Group. In 2011, he made a leap back across the pond to UW ECE, where he teaches and continues his research today. Over the years, he has received many national and international honors for his work, including recently being named a 2022 Fellow of the Chinese Society for Electrical Engineering.

At UW ECE, Kirschen has built a reputation for his strong teaching skills and dedication to his students. He seeks ways to provide hands-on and interactive learning experiences such as field trips. And his students excel, earning prestigious fellowships and going on to successful careers in academia, government and the private sector. Kirschen said that he looked forward to how his new position with IEEE will help to enrich the educational experience he offers.

“I really enjoy teaching and sharing what I’ve learned with students,” Kirschen said. “I enjoy students interacting, asking lots of questions and having the opportunity to help increase their understanding.” He continued, “The thing about power systems is that they have a lot of different parts that all must work together. Helping students understand how these various parts work together efficiently, in a stable and reliable way, that’s what I really enjoy.

Learn more about Daniel Kirschen on his UW ECE webpage.