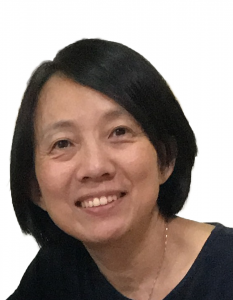 Professor Lih Lin, an ECE professor at UW since 2003, has been awarded an Optical Society (OSA) Fellowship for 2020 due to the significant technical achievements and contributions she has made in the field of photonics. Dr. Lin has demonstrated pioneering efforts in several new research frontiers, including the research and development of MEMS (Micro-Electro-Mechanical Systems) optical switching technologies and innovation in solution-processed photonic components and devices.

The OSA Fellow is a membership designation of The Optical Society (OSA) that denotes distinguished scientific accomplishment in the advancement of optics and photonics, and requires peer group nomination. The bylaws of this society allow just 10% of its membership to be designated as an OSA Fellow, and the number elected each year is limited to approximately 0.5% of the previous year’s membership total.

“Being named an OSA Fellow is an honor accorded to those of rare distinction in their field, and carries the responsibility of service to and leadership of the optics and photonics communities.” -Ian Walmsley, OSA President

Dr. Lin has been contributing to the field of Photonics since 1993. Her overall achievement is represented by more than 90 refereed journal publications, over 180 invited and contributed conference papers, short courses and tutorials and 33 granted U.S. patents. She has been a member of OSA since 1996, and is also a member of IEEE, where she was elected as a Fellow in 2010. 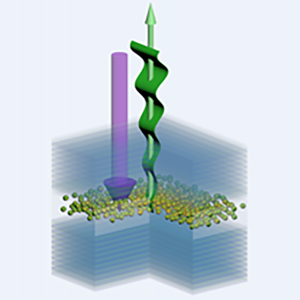 Prior to joining UW, she worked as a Senior Technical Staff Member in AT&T Labs-Research from 1996-2000, where she made pioneering contributions to MEMS optical switching technologies for optical networking. She first proposed and demonstrated the potential of free-space integrated MEMS technology to enable high-capacity optical switching for optical fiber communication networks. In 2000, she joined Tellium Inc. as Director of Optical Technologies to lead research and development efforts to commercialize high port-count MEMS optical cross-connects. Her work in this field has been well cited, demonstrating its impact.

Since joining UW, Dr. Lin has been exploring the new research frontier of solution-processed materials for integrated photonic components and devices. Her research group first demonstrated sub-diffraction limit optical waveguides utilizing colloidal CdSe/ZnS quantum dots. Since 2015, Dr. Lin started investigating metal halide perovskite materials for integrated photonics. This new class of materials have unique optoelectronic properties that are superior to previous solution-processed materials, and it’s expected that they will enable low-cost manufacturing of versatile photonic devices that could not be achieved by prior technologies. Through collaboration with the National Renewable Energy Laboratory, they demonstrated record-high power conversion efficiency for quantum dot solar cells. At the same time, Dr. Lin believes that the highest impact of perovskite materials may be enabling low-cost integration of lasers on passive substrates, an overarching goal in the field of photonics. Her group demonstrated perovskite quantum dot vertical cavity lasers with low threshold through optical pumping as a first step in this direction. This was the lowest lasing threshold among optically pumped perovskite lasers with designed resonant cavities at the time of report.

More information about Dr. Lin’s research can be found here and here.