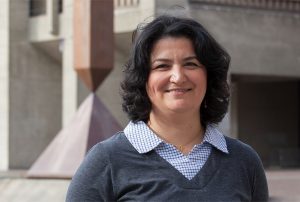 UW ECE Assistant Professor Azadeh Yazdan (above) is co-leading a multidisciplinary, multi-institutional team that recently received a grant from the National Institutes of Health to develop neural engineering techniques guided by artificial intelligence. This work is aimed at broadening our understanding of the brain and developing better treatments for mental health disorders such as depression, anxiety, substance abuse and addiction. Photo by Ryan Hoover | UW ECE

Mental health could be considered a new frontier, one where the undiscovered landscape exists mostly in the brain. In this space, there are vast numbers of people impacted by mental illness, and there is a profound opportunity for science and technology to play an important role in bettering the human condition. According to the Centers for Disease Control and Prevention, mental health disorders are among the most common health conditions in the United States. And more than half of us will be diagnosed with a mental illness or disorder at some point in our lives. Although great strides have been made in recent years in the development of potent drugs that treat symptoms of many types of mental illnesses, the underlying mechanisms of most of these diseases are still not well understood.

The toll these diseases take on nations and the world at large is sobering. Worldwide, the two most common mental health conditions — depression and anxiety — cost the global economy approximately $1 trillion dollars each year, as stated by the World Health Organization. And this is not to mention the chaos inflicted on families, cities and communities that stems from various forms of substance abuse and addiction, which are also considered by medical professionals to be mental health disorders.

The bad news is that even in a technologically advanced society such as ours, mental illness will continue to cause deep suffering for countless individuals and their loved ones for some time to come. But the good news is that help is on the way. Scientists, engineers and medical professionals are studying mental health disorders in progressively finer levels of detail, making exciting discoveries about the brain, and devising new approaches and treatments for mental illness from a wide variety of perspectives.

In this vein, UW ECE Assistant Professor Azadeh Yazdan is co-leading a multidisciplinary, multi-institutional team that recently received a five-year, $4.2 million grant from the National Institutes of Health to develop neural stimulation techniques guided by artificial intelligence (AI) machine learning methods. This research work is aimed at broadening our understanding of the brain and developing better treatments for mental health disorders such as depression, anxiety, substance abuse and addiction. 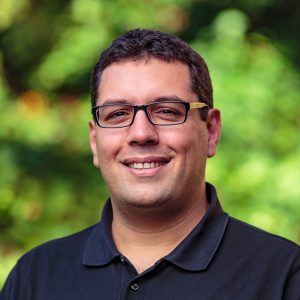 Professor Zaid Harchaoui from the UW Department of Statistics is co-leading the NIH-funded initiative, alongside Yazdan.

“My passion for doing this research is to help people who are suffering,” said Yazdan. “We’re bringing different experts together to better understand what’s happening in the brain, but more importantly, we’re bringing technologies and expertise together to better understand what we could do to help people who are suffering with mental health problems.”

“In the near term, the goal for this work is to develop AI tools to understand brain connectivity that can be widely used, not just for this project, but also by other teams studying the brain,” Harchaoui added. “The long-term impact is that this research will help develop new, therapeutic approaches to mental health.”

A focus on the prefrontal cortex

Yazdan and Harchaoui have worked together in the past, exploring the brain’s sensorimotor cortex, which controls sensation and movement in the body. Their previous research underscored the importance of neural networks in the brain and suggested personalized treatment could be key to more effective therapies. In this project, they are turning their focus to the brain’s prefrontal cortex, which governs higher cognitive functions such as working memory, attention and executive control. It also plays an important role in a person’s personality, self-expression, decision-making and ability to moderate social behavior. Impairment of these higher brain functions is known to play a key role in many mental health disorders.

The team will be exploring the prefrontal cortex using neural engineering technologies developed by Yazdan in her previous research, such as optogenetics, which employs light to activate and inhibit neurons with minimal interference.

This illustration shows targeted reorganization of the brain using optogenetics, a cutting-edge neurotechnology that uses light to activate and inhibit neurons in the brain. Far left: An area of the brain is targeted for modification. Center: The targeted area of the brain is illuminated to control the activity of underlying neural circuits using optogenetics. Far right: A demonstration of how connectivity between two neurons can change following optogenetic intervention. Note the subtle change in the connecting line between neurons. It brightens, showing that the neural connection has been strengthened. Illustration provided by Azadeh Yazdan. 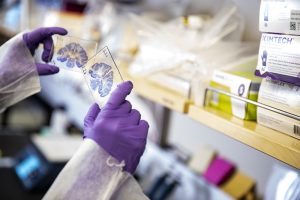 Non-human primate brain slices encased in glass in Yazdan’s lab. These samples are stained to show cells and structures in the brain that can be used for experimental planning. Photo by Dennis Wise | UW Photography

A unique aspect of this NIH-funded project is that AI machine learning methods will be tightly integrated with the experimental research — perhaps to a level never seen before in neural engineering. The team seeks to relate neural stimulation in the prefrontal cortex to corresponding behaviors exhibited by the individual undergoing the stimulation and “close the loop” with AI. This means that AI machine learning methods will not only help to analyze huge amounts of data derived from optically stimulating neural networks; the AI will also provide an interpretation of what’s happening in the brain, relate it to desired (or undesired) behavior and recommend a new stimulation protocol aimed at repairing damaged neural networks.

“During experiments, we’ll learn from the data the relationship between neural connectivity and stimulation patterns,” Harchaoui said. “Then, there are two aspects in which AI research will be involved. One is statistical inference, so during neural stimulation, inferring what kinds of stimulation lead to certain effects or patterns of connectivity in the brain. The second is guiding stimulation towards desired effects or connectivity patterns.”

The overarching goal is for the AI to understand the state of the brain area it is examining well enough to recommend a targeted stimulation treatment that will impact the individual’s behavior and life experience in a positive way.

“I think at the end of this, we’ll have some understanding of how well we can create these patterns of neural activity using the combination of our technologies in the prefrontal cortex and how well that translates to behavior,” Yazdan said.

An important point to mention is that the team seeks to develop what they call “explainable AI.” This phrase means that the steps the AI chooses to move through — as well what is happening in the brain as the AI goes through its protocols — will not be a mystery. It will all be understandable and explainable by the research team.

Clinical applications and what the future holds 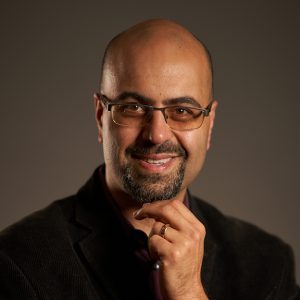 The team will be collaborating with Alik Widge (above), an assistant professor at the University of Minnesota Medical School. Widge is a psychiatrist and biomedical engineer who provides brain stimulation treatments for mood, anxiety and substance abuse disorders as a regular part of his clinical practice.

The team will be working in close collaboration with Alik Widge, an assistant professor at the University of Minnesota Medical School. Widge is a psychiatrist and biomedical engineer who provides brain stimulation treatments for mood, anxiety and substance abuse disorders as a regular part of his clinical practice, and he is considered a world-class researcher in this area. He completed his residency in psychiatry at the UW and is a former student of Chet Moritz, who is a Cherng Jia and Elizabeth Yun Hwang Endowed Professor at UW ECE and co-director of the Center for Neurotechnology. Widge also continues to maintain several other connections to the UW through time he spent during his residency as a trainee at the Center.

“My role in this research work is really focused on the clinical and translational side,” Widge said. “The answers to the questions that are being asked here will touch almost every field of neuromedicine. This is also an opportunity to collaborate with faculty whose work I admire — It’s like meeting your favorite authors and helping them write a novel. There’s just a joy about it.”

According to Widge, the team is about five to 10 years away from moving the technologies and methods they are developing into clinical trials; however, it’s possible that some insights gained as the team conducts its research could be applied along the way.

“Clinical applications for this research will almost certainly start in major depression because that’s the disorder for which there are already FDA-approved brain stimulation therapies,” Widge said. “Beyond that, there’s a wealth of possibilities, including addiction, trauma-related disorders such as post-traumatic stress syndrome and severe anxiety. These are disorders for which we currently don’t have very effective targeted medications or other therapies.” 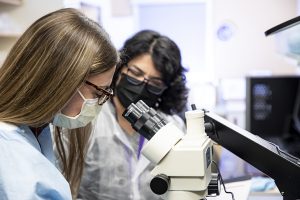 Yazdan (right) in her lab with Briana Smith, a doctoral student at the UW Department of Bioengineering. Photo by Dennis Wise | UW Photography

After the grant concludes, Yazdan, Harchaoui and Widge anticipate continuing to work together. Harchaoui said he expected that they would expand beyond examining the prefrontal cortex to conducting similar research programs on other areas of the brain. He also noted the important role AI and machine learning will continue to play going forward.

“Neural engineering is contributing to neuroscience an understanding of how the brain functions, because to engineer the brain, we first need to understand how it works,” Harchaoui said. “I see AI and machine learning contributing to science, medicine and this research work in a similar way to how it has contributed to other domains.”

Widge noted that this research project is focused on fundamental questions about how the brain works. If the team is successful at answering those questions, then in the future, treatments for almost any type of brain disorder could be impacted by their research results. In a very real sense, the team is creating a map for scientists and engineers as to what aspects of brain physiology might be good candidates for treatment and which might not. And according to Yazdan, neural engineering treatments for specific mental health disorders are on the horizon.

“This research is not targeted to any particular mental health symptom, so, after the grant ends, we might just focus on symptoms and change our experimental tasks toward what might be more clinically relevant for diagnosis or treatment,” Yazdan said. “Right now, we are working on how the prefrontal cortex is encoding rule-based behavior, and we are trying to see if we can ‘write in’ those rules. If all of this is successful, we will then ask how we could use and target this technology to create specific, therapeutic effects in individuals.”

Learn more about Azadeh Yazdan on her UW ECE bio page. Information about this research project can be found on the NIH website.