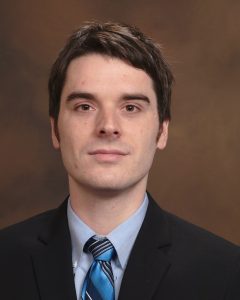 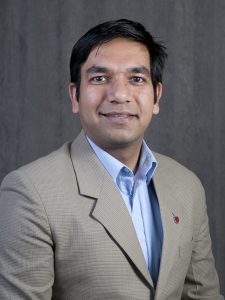 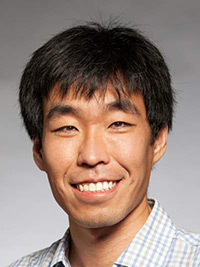 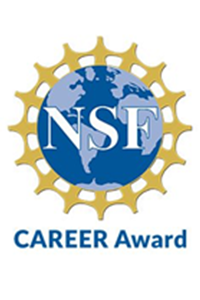 University of Washington (UW) Electrical & Computer Engineering (ECE) alumni Andrew Clark and Subhanshu Gupta, and UW ECE professor Baosen Zhang have each been honored with a National Science Foundation (NSF) CAREER award, one of the nation’s most coveted honors for early-career faculty.

The NSF selects award recipients who are faculty members at the beginning of their independent careers who have the potential to serve as academic role models in research and education and to lead advances in the mission of their department or organization. Activities pursued by these early-career faculty should build a firm foundation for a lifetime of leadership integrating education and research. The intent of the  NSF CAREER program is to provide stable support at a sufficient level and duration to enable awardees to develop careers not only as outstanding researchers, but also as educators demonstrating commitment to teaching, learning and dissemination of knowledge.

Andrew Clark is an Assistant Professor of Electrical Engineering at Worchester Polytechnic Institute (WPI). He received his NSF CAREER award for his research entitled “Synthesis and Control of Cyber-Resilient CPS (Cyber-Physical Systems).”

The goal of Clark’s CAREER project is to ensure that cyber-physical systems are able to operate safely and effectively even when system components are compromised by cyber attacks, a property defined as “cyber-resilience”. Clark’s team proposes to develop algorithms for cyber-resilient CPS at short time-scales (e.g., safe real-time control of an autonomous vehicle under cyber attacks) and long time-scales (e.g., developing smart building management systems that are effective against ransomware). The approach of the project is at the intersection of optimization, control theory, game theory, machine learning and cyber security, and builds on Prof. Clark’s PhD studies at the UW ECE under Profs. Linda Bushnell and Radha Poovendran.

Next generation radio technology will not only need to scale to aggressive bandwidth demands imposed by wireless communications, but also develop precise low-latency localization methods for applications such as autonomous vehicles and deep-space exploration. Extremely large antenna arrays made of hundreds of antenna elements promise to provide unprecedented spatial resolutions that can meet these requirements. However, the signal processing for these large-scale arrays require large amounts of energy and can be inaccurate, and because of the highly complex signal processing required, conventional transceivers don’t work well. Gupta’s project will be working to enable the next generation of multi-antenna array systems that will be more precise, energy efficient and faster, using novel integrated circuits and systems design techniques. The key idea is to develop a delay-compensating spatial signal processor that not only handles very large bandwidth but also large delay range with picosecond resolutions leveraging advanced semiconductor technologies. The educational plan for the project also includes an annual microelectronics workshop to expose students to emerging topics in the field, mentoring minority students and involving them in research activities.

With WSU since 2015, Gupta received a BE in from the National Institute of Technology, Trichy (2002), an MS in Electrical Engineering from the UW (2006), and holds a PhD in Electrical Engineering from the UW (2010) under the supervision of co-advisers Professor David Allstot and Professor Chris Rudell. He is also the recipient of a 2011 Best Student Paper Award at the IEEE RFIC Symposium and a 2008 Analog Devices Outstanding Student Award.

The aim of this project is to develop a framework for integrating data into the control of energy systems, with the objective of providing both computationally efficient tools and theoretical guarantees. We adopt a model-based framework that uses structured neural networks to achieve both model tractability and representability, by designing them to be convex from input to output. This approach has the potential of using known physical laws as well as leveraging data to address parametric uncertainties. Example applications are control of commercial and industrial buildings, and voltage regulation in power distribution systems.

With UW ECE since 2015, Zhang received his BASc in Engineering Science from the University of Toronto (2008) and holds a PhD from the Department of Electrical Engineering and Computer Science at the University of California at Berkeley (2013). Prior to joining the UW, he was a postdoctoral scholar at Stanford University, jointly hosted by the departments of Civil and Environmental Engineering as well as Management and Science Engineering. His interest is in the area of power systems and cyber-physical systems, particularly in the fundamentals of physical resource allocations, economics, and controlling systems with humans in the loop.