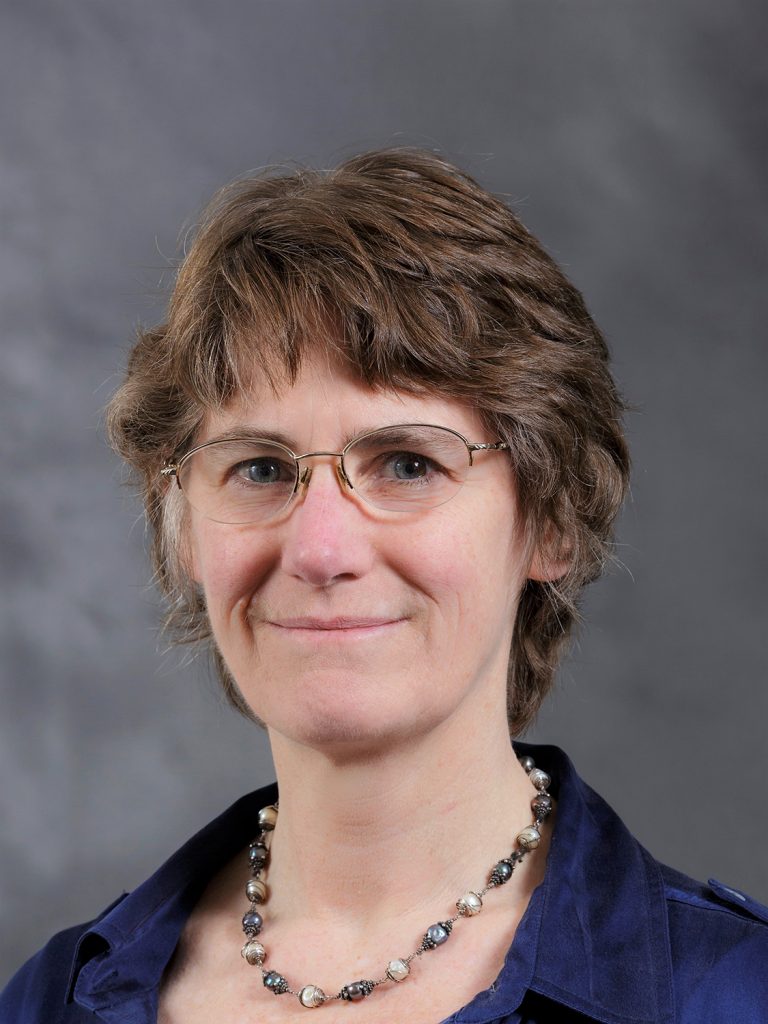 Mari Ostendorf, the Endowed Professor of System Design Methodologies in the University of Washington Department of Electrical & Computer Engineering (UW ECE), has been elected to the National Academy of Engineering (NAE). Recognized as one of the highest professional distinctions in engineering, Ostendorf is among 106 members and 23 international members newly elected to the academy this year.

“I am tremendously honored to be selected as a member the NAE and humbled to be joining a group of colleagues who have made such important contributions to the field of engineering,” said Ostendorf. “It is especially a privilege to be listed with my distinguished ECE colleagues, Professors Emeriti Akira Ishimaru and Irene Peden.”

Membership to the academy recognizes individuals for their outstanding contributions to engineering — from research to practice to education, and for pioneering new and developing fields of technology or making major advancements in traditional fields of engineering. Ostendorf was elected for “contributions to statistical and prosodic models for speech and natural language processing and for advances in conversational dialogue systems.”

A prominent researcher in the areas of speech and language technology, Ostendorf’s current research focuses on conversational AI, exploring dynamic and context-aware models for understanding and generating speech and text, particularly in multi-party contexts. This work contributes to a variety of applications, from education to clinical and scientific information extraction, and has been used in automatic analysis of human-human call center conversations, automatic extraction of information from clinical notes, and natural language processing to support development of more accurate STEM assessments.

Professor Ostendorf joined the UW ECE department in 1999, and also serves as an adjunct professor in the Paul G. Allen School of Computer Science and Engineering (CSE) and the Department of Linguistics. Prior to joining the faculty at the University of Washington, she worked at BBN Technologies and as a professor at Boston University.

She is also a Fellow of the IEEE, the International Speech and Communication Association (ISCA) and the Association for Computational Linguistics (ACL), and is a member of the Washington State Academy of Sciences (WSAS), a Corresponding Fellow of the Royal Society of Edinburgh, and a former Australian-American Fulbright Scholar.

Ostendorf earned her Ph.D. from Stanford University in 1985 under information theorist and professor Robert M. Gray.

In the early 1990s, Ostendorf was one of several speech recognition experts who became involved in the computational linguistics community through a series of DARPA programs bringing together speech and language processing researchers in the development of spoken dialog systems. From 1991 to 1994, she was instrumental in designing the ToBI standard for transcribing and annotating the prosody of speech, and computational modeling of prosody has been a long-standing interest.

“I see prosody as a key to extracting the intended meaning of language from speech, which will be important in the next generation of conversational AI systems, where more human-like interactions are expected by users,” Ostendorf explained. “With the NAE recognition, I am gratified to know that others appreciate the work that I am so passionate about.”

Having published over 290 papers on a variety of topics related to speech and language processing over the course of her career, Ostendorf was awarded the 2018 IEEE James L. Flanagan Speech and Audio Processing Award, a Technical Field Award presented by the IEEE for an outstanding contribution to the advancement of speech and/or audio signal processing.

In 2017, Ostendorf served as a faculty adviser for the winning student team at the inaugural Amazon Alexa Prize competition, a multimillion-dollar university challenge to build a conversational AI “socialbot” on the Alexa platform for advancing human-computer interaction. UW’s Team Sounding Board received a $500,000 prize for their winning entry.

Additionally, Ostendorf heads the Transformation, Interpretation and Analysis of Language (TIAL) Group at the UW, which uses data-driven machine learning and linguistically motivated system architectures to develop computational models of language to solve challenges in speech and language interpretation and analysis.

Newly elected NAE members will be formally inducted on October 3, 2021 during the academy’s annual meeting in Washington, D.C.