The Royal Society of Edinburgh (The RSE), Scotland’s National Academy, has announced 64 newly elected 2020 Fellows. These new fellows comprise leading thinkers and experts from Scotland and around the world whose work has a significant impact on the nation of Scotland. 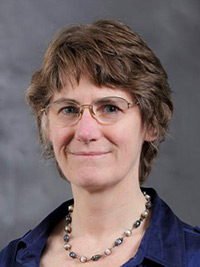 ECE System Design Methodologies Professor Mari Ostendorf was named one of eight corresponding fellows, announced March 3. The corresponding fellow designation is for those who have attained high international standing in fields in the society’s domain, but who are not residents of the United Kingdom. The RSE Fellows represent the full range of physical and life sciences, arts, humanities, social sciences, education, professions, industry, business and public life. Those who are nominated, and then invited to join, have undergone rigorous assessment of their achievements, professional standing and societal contribution. Fellows, who give of their time freely, play a fundamental role in enabling the RSE to deliver its mission ‘Knowledge Made Useful’, contributing to the cultural, economic and social well-being of Scotland and the wider world.

“The diverse expertise and experience of our fellows, means that, as an organisation, we are well-placed to respond to the issues of the day with clear informed thinking free from commercial or political influence. Our new fellows, who we look forward to welcoming, not only hold vast knowledge but also deep experience, keen judgement, boundless enthusiasm and a passion for promoting societal development and change.  By using their talents as a collective, we can often unlock or inspire new potential and unearth fresh solutions to some of the most complex issues Scotland’s society faces today.”

Becoming a Corresponding fellow of the RSE

All candidates for fellowship must be nominated by an existing fellow, and supported by a further two. Nominations then go through a five-stage selection process, to ensure that those elected are leading lights in their respective fields.  The over-riding requirement for selection is excellence, measured against three criteria: outstanding achievement, professional standing and societal contribution. Only when all three are satisfied is a candidate endorsed as a fellow by The RSE.

The RSE, and by association its fellows, delivers its mission by:

This year’s list includes many leading academics such as Professor Francisca Mutapi, a world-expert on global health and tropical diseases, and Professor Rosalind Allen, whose work contributions to our understanding of antibiotic resistance, but also includes a wide array of leaders from the arts, third sector, business and public life.  These include Talat Yaqoob, a director at Equate Scotland, the national expert in gender equality throughout the STEM sectors, and an Equalities Consultant, who since 2016 has been leading work to change cultures in organisations and academia to encourage more women into male dominated fields. Talat comments,

“It is an honour to be elected as a fellow and have the opportunity to be part of such an esteemed network. I admire the work of the Royal Society of Edinburgh and look forward to playing my role in its aims to engage a diverse range of people, to create a fairer society and to make Scotland a global leader in tackling social and economic challenges.”

Find out more about The Royal Society of Edinburgh and its fellows at: www.therse.org.uk