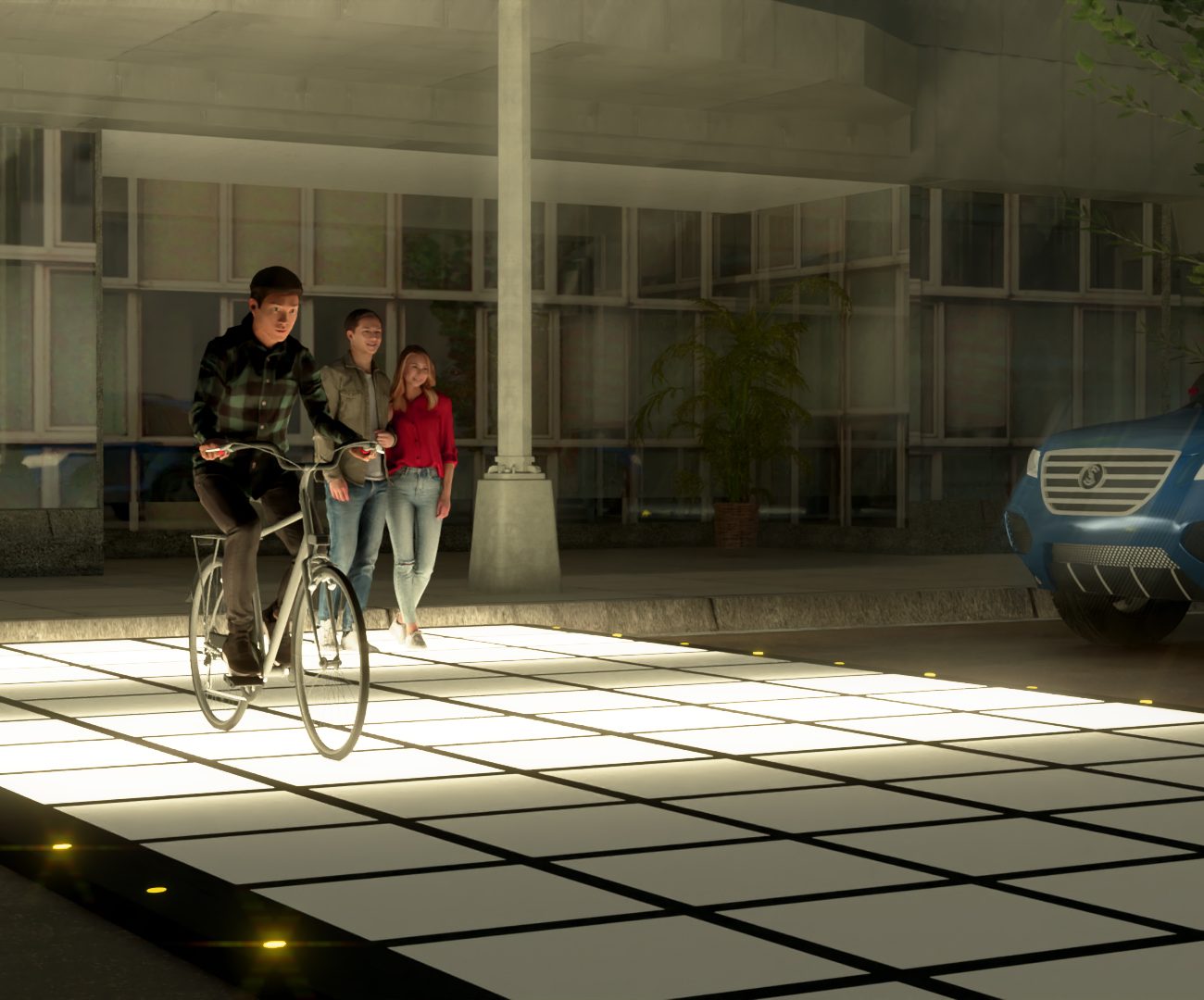 Sensol is developing a modular crosswalk that illuminates a pedestrian’s exact location from below to increase visibility and save lives. Rendered by Head of Design at Sensol Systems, Chandler Simon.

On a rainy, foggy night in Seattle, an incident in a crosswalk changed the path that UW alum Janie Bube was on. Bube was walking near the Burke-Gilman Trail when she was hit by a bicyclist in December 2018. Nobody was hurt, but Bube was rattled enough to immediately begin considering why she wasn’t visible, how serious it could have been and how the problem could be solved. Two years later, she’s the Founder & CEO of the startup Sensol Systems.

Over 300,000 pedestrians die crossing the street globally each year, and over 75% occur during low visibility conditions.

Sensol is developing a durable, modular crosswalk system that is overlaid directly onto the road. Flashing beacons alert drivers before pedestrians enter the roadway, and LEDs illuminate pedestrians as they move across the street, indicating to drivers their exact location (see rendering below). Additionally, the crosswalk collects key metrics such as the speed of vehicles, dense traffic intervals for pedestrians and vehicles and uses that data to inform future city planning.

Sensol has seen success recently having just completed the 6-month long Jones + Foster Accelerator Program through the UW’s Foster School of Business where they secured $25,000. Additionally, they just won a Seattle-area qualifying round for the Global Student Entrepreneurs Awards and have secured a pilot at a Seattle-area high school for Summer 2021. In total Sensol has raised over $150,000+ in non-dilutive funding through grants, fellowships, and competitions and is currently in the National Science Foundation’s I-Corps with hopes of pursuing angel funding this summer.

The first customer base will be semi-private campuses — picture UW or Microsoft — where the roads are owned by individuals or corporations because Sensol will need federal approval and is a few years away from deploying on city streets or municipalities right now. The cost will be no more than $45,000, which is in line with existing safety measures.