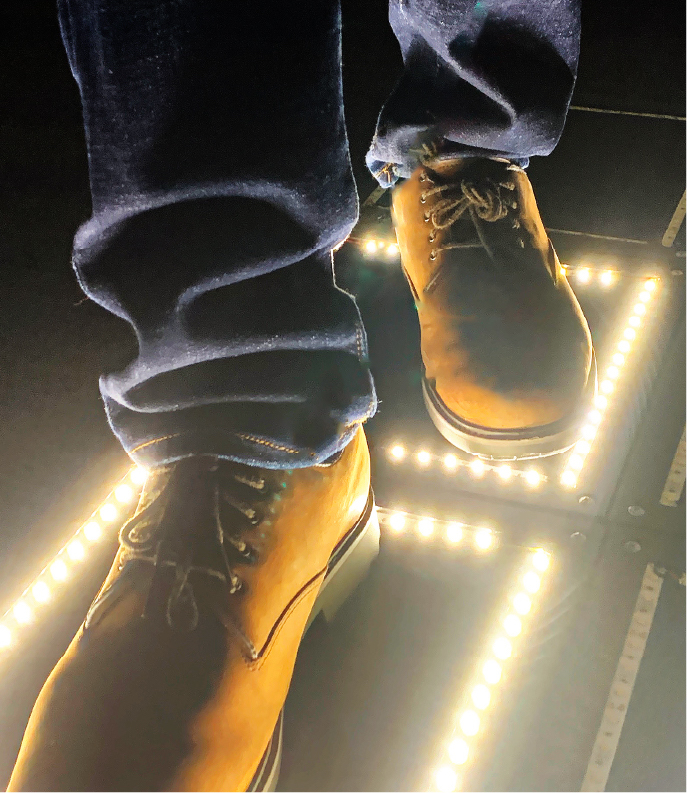 One of SENSOL’s Crosswalk Modules being illuminated.

It’s a dark and rainy night. You step into a crosswalk. A car comes screeching towards you, barely missing you. Luckily, you are not one of the 6,000+ pedestrians killed last year nationally in traffic collisions. SENSOL Systems believes these deaths are preventable! SENSOL is developing an ADA-compliant modular crosswalk addition that overlays onto the road, lighting up pedestrians as they move across it. SENSOL’s product will improve safety and visibility without permanently changing roadways. The crosswalk will be triggered when feet, wheelchairs or bicycles pass over them, illuminating their exact location, visible at both a distance and up close by cars, bicycles, buses and other pedestrians.

Read more about the team here.

“We are committed to assisting Seattle in their ‘Vision Zero’ initiative to limit traffic fatalities/severe injuries to zero by 2030.” – Janie Bube 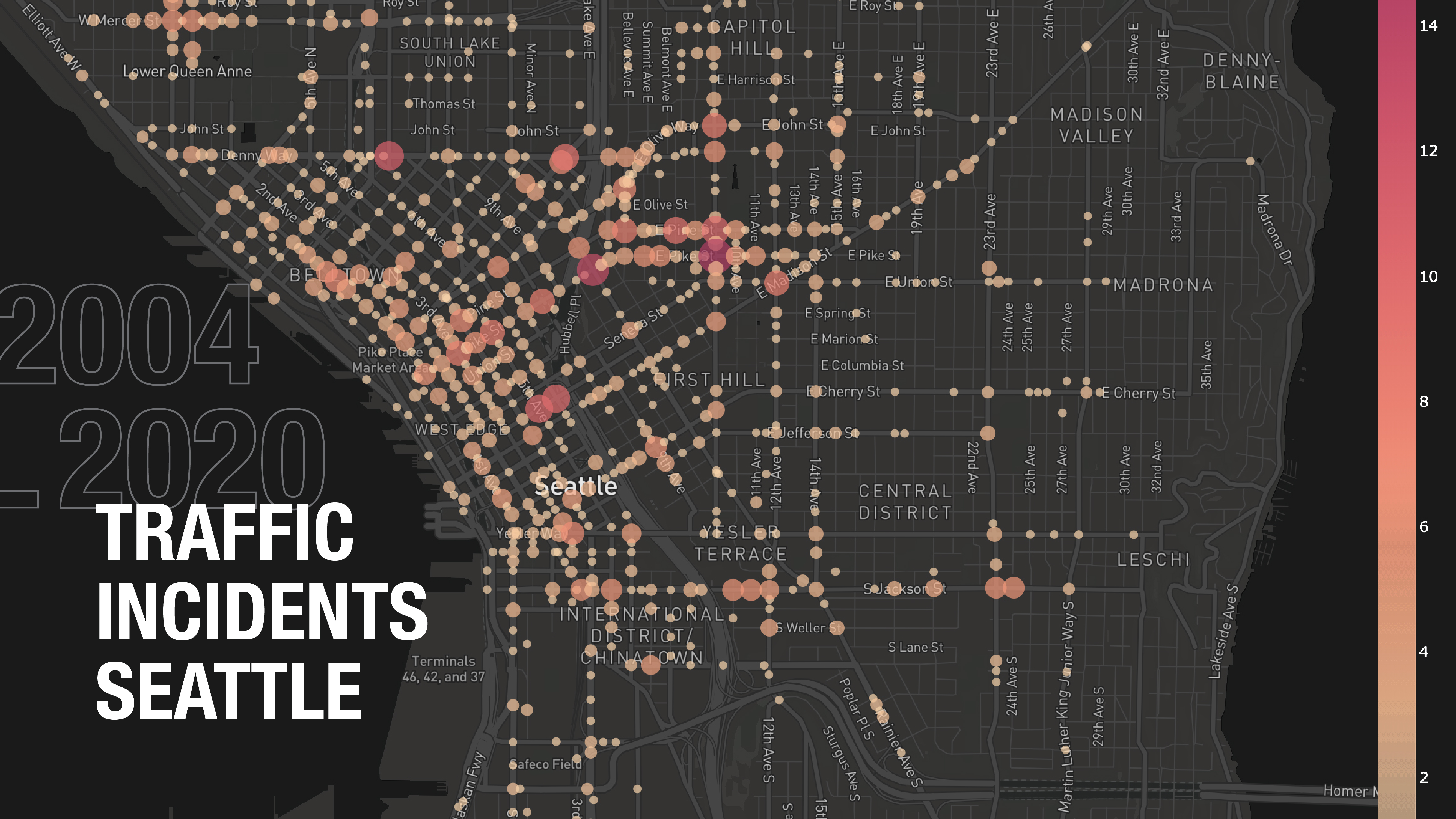 Map of traffic incidents in Seattle between 2004-2020. The colored bar on the right represents the # of incidents per intersection.

SENSOL is working diligently to ensure their product will be adopted globally to improve pedestrian safety. In fact, SENSOL has been gaining recognition for its mission and product, most recently winning third place on January 28, 2020, in the Science & Technology Showcase (STS) hosted by UW’s Science & Engineering Business Association (SEBA) and the Buerk Center for Entrepreneurship. This year’s STS event featured 18 finalist teams from a record pool of applicants. The annual showcase shines a spotlight on science and technology-based innovations coming out of the University while providing students with the opportunity to pitch their commercial potential. Seattle-area entrepreneurs and investors served as judges and provided in-person feedback and mentorship. Prior to SENSOL’s win in the STS competition, they have also been awarded the Campus Sustainability Fund (CSF) Grant, Amazon Catalyst Fellowship and the NSF I-CORPS Grant through CoMotion. 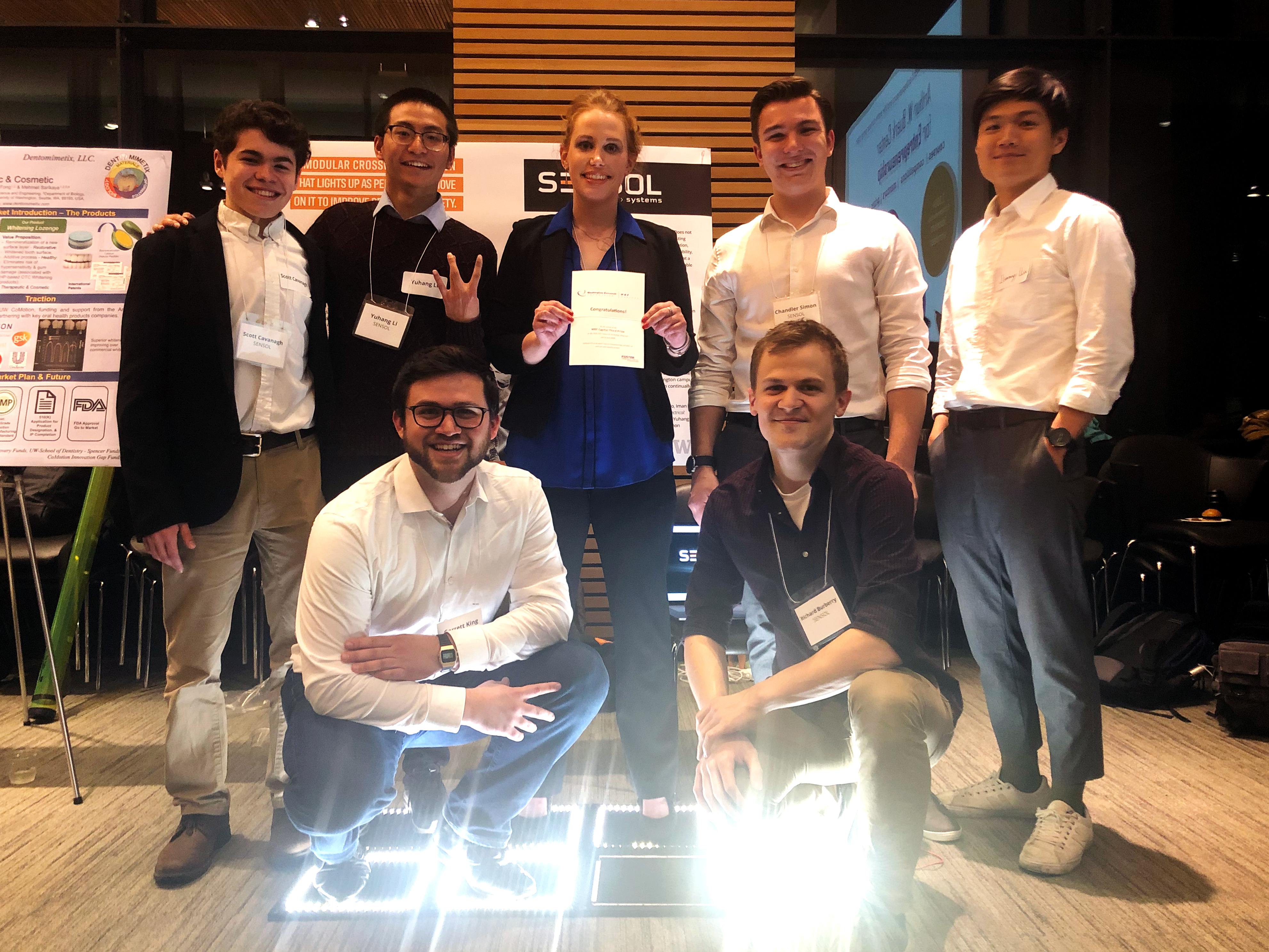 SENSOL is the only crosswalk reducing collisions by directly lighting up pedestrians’ location and movement as they walk across the street. Seattle spends tens of millions of dollars a year alone on pedestrian improvements. SENSOL’s crosswalk is not only safer but also less expensive than existing solutions.

The Seattle Department of Transportation, the City of Maple Valley and the University of Washington have shown interest in both demoing and testing SENSOL’s product at various locations during Summer 2020. So the next time you cross the street, your every step will be illuminated.