The NSF selects the award recipients based on faculty who have the potential to serve as academic role models in research and education and to lead advances in the mission of their department or organization. 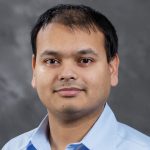 Majumdar’s award is for his research in Van der Waals material integrated ultra-low power silicon nitride nanophotonics. His research interests focus on emerging nanophotonic devices with computational algorithms to build compact optical sensors to support the growing infrastructure of the Internet of Things. He is also a recipient of a 2014 Young Investigator Award from the Air Force Office of Scientific Research and 2015 Intel Early Career Faculty Award.

Majumdar received his Bachelor of Technology degree from the Indian Institute of Technology, Kharagpur. Majumdar completed his master’s degree and Ph.D. in electrical engineering at Stanford University, working on solid-state quantum optics. 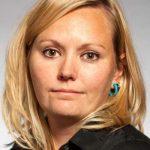 Ratliff’s award is for her work in the co-design of information incentives in societal-scale cyber-physical systems. Her research interests lie at the intersection of game theory, optimization and statistical learning. She applies tools from these domains to address inefficiencies and vulnerabilities in next-generation urban infrastructure systems.  Ratliff is also the recipient of a National Science Foundation Graduate Research Fellowship.

She obtained her Ph.D. in electrical engineering and computer sciences at the University of California, Berkeley. 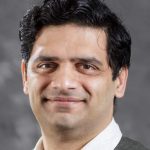 Sathe’s award is for his work in transforming implantable neural interfaces through computing from circuits to systems. His research focuses on covering circuits and architectures for low power computing and biomedical systems. He serves as a member of the Technical Program Committees of the Custom Integrated Circuits Conference and has previously served as a guest editor for the Journal of Solid-State Circuits. Prior to joining ECE, he served as a member of technical staff in the Low-Power Advanced Development Group at AMD, where his research focused on inventing and developing new technologies for next-generation microprocessors.

His doctoral thesis was selected as the best dissertation for 2007 in electrical engineering and computer science at the University of Michigan, Ann Arbor, and was also nominated for the university’s Rackham Graduate School Distinguished Dissertation Award.