The Washington State Academy of Sciences (WSAS) announced 24 new members last week, including ECE professor Mari Ostendorf and affiliate professor Li Deng. Members of WSAS are recognized for their “outstanding record of scientific and technical achievement and their willingness to work on behalf of the Academy to bring the best available science to bear on issues within the state of Washington,” according WSAS.

“It’s an honor to join this group of nationally recognized experts in science and technology, but it is also an opportunity to serve the state of Washington, providing input on engineering issues that impact our citizens,” said Ostendorf. 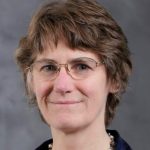 Ostendorf, who has been in the department for 20 years, is an endowed professor of system methodologies in ECE, was recognized for her “pioneering work in speech and natural language processing, leadership developing methods for using prosodic information in automatic speech recognition, parsing and language modeling, topic modeling, and speech search; and internationally recognized student mentoring,” according to WSAS. Ostendorf is also an affiliate faculty member in the linguistics department and the Paul G. Allen School of Computer Science and Engineering and is an associate vice provost for research. She is a fellow in the Institute of Electrical and Electronics Engineers, the International Speech Communication Association (ISCA) and the Association for Computational Linguistics. She is a former Australian-American Fulbright Scholar and has published over 270 papers on a variety of topics in speech and language processing. 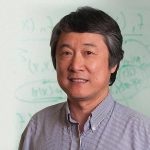 Deng, who has been an affiliate professor in the department for 19 years and received both his master’s degree and Ph.D. from the University of Madison-Wisconsin, received the recognition for his “outstanding and pioneering contributions to artificial intelligence, speech recognition, deep learning, natural language processing and financial engineering, as well as his leadership in signal processing and information processing technology,” according to WSAS. Deng has been the Chief Artificial Intelligence Officer of Citadel since May 2017. Prior to Citadel, he was the Chief Scientist of AI, the founder of the Deep Learning Technology Center, and Partner Research Manager at Microsoft and Microsoft Research , Redmond (2000-2017). He is a Fellow of the IEEE (since 2004), a Fellow of the Acoustical Society of America (since 1993), and a Fellow of the ISCA (since 2011).

New members will be inducted at the 12th annual symposium on Sept. 12.