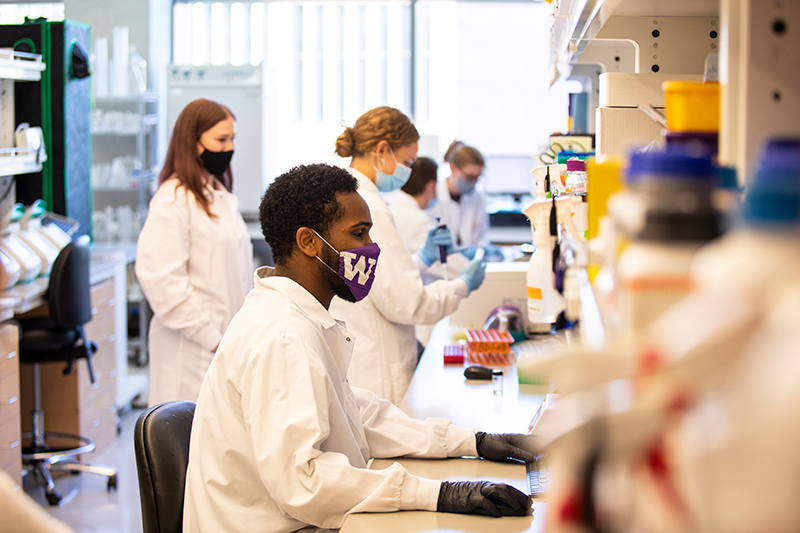 Key to advancing any new scientific discovery is the ability for researchers to independently repeat the experiments that led to it. In science today, particularly biology, the lack of reproducibility between experiments is a major problem that slows scientific progress, wastes resources and time, and erodes the public’s trust in scientific research. 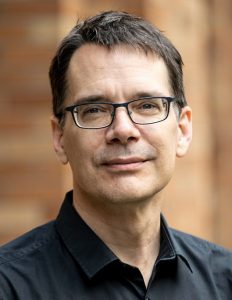 At the University of Washington, researchers have access to the UW Biofabrication Center, or BIOFAB, a unique facility located in the Nanoengineering and Sciences building in which scientific protocols are encoded as computer programs, allowing undergraduate lab technicians to execute experiments according to detailed instructions.

“The BIOFAB is unlike any other lab on campus,” says BIOFAB founder Eric Klavins, Professor and Chair of the UW Electrical & Computer Engineering Department (UW ECE). “In effect, we’ve been able to automate common protocols by using software to assist our student technicians. This ‘human-in-the-loop’ system goes a long way towards improving the replicability of biological research.”

In an effort to expand the lab’s automation capabilities, the BIOFAB has partnered with Agilent Technologies Inc., a life sciences development and manufacturing company based in California’s Silicon Valley. Using state-of-the-art research equipment from Agilent, the BIOFAB will develop high-throughput workflows for common tasks of interest to members of the synthetic biology community.

Computer programmers write code to tell a computer what to do and how to do it. For a given program, the same inputs consistently result in the same outputs.

In contrast, two biology researchers can seemingly carry out the same experiment, but get different results. This is in part because instructions for how the experiment was conducted – whether documented in a lab notebook or published in a journal – are often vague or incomplete, leaving out details that the author may not have realized impacted the experimental outcome. 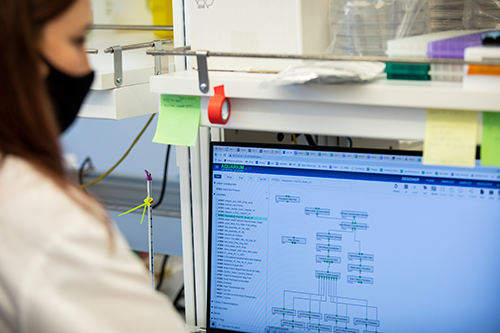 Aquarium is a web-based software application that allows scientists to build executable protocols, design experimental workflows based on those protocols, manage the execution of protocols in the lab and automatically record the resulting data. Dennis Wise / University of Washington

As a computer scientist turned synthetic biologist, Klavins realized what biologists needed was a more formal way – a programming language – to define how to conduct an experiment. This led to the development of Aquarium, a web-based software application that allows scientists to build executable protocols, design experimental workflows based on those protocols, manage the execution of protocols in the lab and automatically record the resulting data.

“Aquarium provides the means to specify, as precisely as possible, how to obtain a result,” said Klavins.

When it comes to engineering biology – reprogramming cells to produce chemicals or drugs, or perform complex functions like sensing toxic compounds in the environment – reproducibility is paramount. The BIOFAB uses Aquarium to standardize various scientific workflows, generating reliable and highly reproducible results. The BIOFAB is one of a growing number of labs known as biofoundries which are committed to efficiently engineering biological systems and workflows.

BIOFAB operations are overseen by two lab managers, with a dozen or so undergraduate students executing jobs for BIOFAB clients. BIOFAB technicians perform common molecular biology tasks like DNA assembly and purification as a fee-for-service to the scientific community. Since its founding in 2014, the BIOFAB has run over 30,000 jobs for 300+ different clients at the UW and beyond.

“The BIOFAB has been absolutely instrumental in establishing and executing robust Aquarium driven protocols for a major portion of our de novo design minibinder pipeline,” said Lance Stewart, Chief Strategy and Operations Officer at the UW’s Institute for Protein Design (IPD). IPD researchers use computers to design millions of minibinders – small, stable proteins that bind with high affinity to targets of interest – that must be produced and tested in the lab. IPD uses the BIOFAB to screen minibinder candidates for protein stability and protein:protein interactions, which involves constructing yeast libraries from chip synthesized oligonucleotide genes encoding minibinder designs and carrying out large scale fluorescence activated cell sorting and next generation DNA sequencing.

“By handing off time-consuming wet lab work to our technicians, BIOFAB clients like IPD can focus more on the design and data analysis aspects of their experiments,” said Klavins. 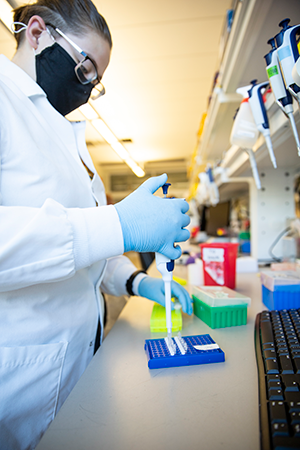 On any given day, the BIOFAB is buzzing with undergraduate technicians working together in harmony to complete an assortment of experiments for BIOFAB clients. Most technicians start working in the BIOFAB as freshman or sophomores, and for many, it’s their first real lab experience.

Upon joining the lab, BIOFAB lab managers teach students basic lab skills, such as pipetting and sterile technique, and orient them to the lab. Armed with this foundational knowledge, BIOFAB technicians can begin executing a variety of different protocols by following the step-by-step instructions provided through Aquarium. Students become adept at performing complicated experimental workflows involving complex equipment through the process of doing them over and over again.

“Aquarium allows us to effectively train many students simultaneously and get them working in the lab relatively quickly,” said Aza Allen, a lab manager at the BIOFAB. “Aquarium’s technician interface makes it easy to get undergraduate students, who do not necessarily know much about molecular biology when they start, to perform experiments reliably.”

“I have learned so much beyond what could possibly be taught in a classroom setting,” said BIOFAB technician Nicole Roullier, a UW biochemistry senior. “Most undergraduates don’t have the opportunity to work with such sophisticated equipment and master advanced techniques like qPCR and next-generation sequencing (NGS). This hands-on training has built up my confidence in the lab in preparation for graduate school.”

The BIOFAB provides critical automation and analytics infrastructure dedicated to enabling the rapid design, construction and testing of genetically reprogrammed organisms for biotechnology applications and research. Through its partnership with Agilent, the BIOFAB aims to offer new high-throughput capabilities that will further speed up and scale up synthetic biology research.

“We’re thrilled to be partnering with Agilent,” said Klavins. “Their support will not only accelerate the development of innovative technologies, but will help us educate students using cutting-edge equipment, bolstering our ability to prepare students for success in their own future research and career.”

“We think this is the start of an exciting collaboration,” said Kevin Meldrum, General Manager and Vice President of Genomics at Agilent. “We are pleased to be able to support researchers at the UW and the educational mission of the university through the BIOFAB. We see this as an investment in the future of our field.” 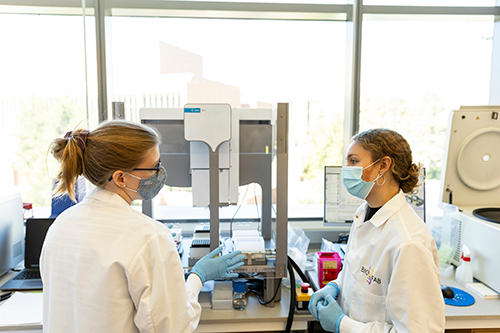 As a result of this partnership, the BIOFAB has acquired several valuable pieces of equipment, including Agilent’s state-of-the-art liquid-handling robot, the Bravo Automated Liquid Handling platform. While the Bravo can be used to automate sample preparation for a variety of different applications, the BIOFAB plans to initially use it to expedite its workflow for NGS. In addition to the Bravo, the BIOFAB has also acquired the AriaMx Real-Time PCR System, and the 5200 Fragment Analyzer System, a parallel capillary electrophoresis system.

“Library preparation for high-throughput NGS is a tedious, labor-intensive process,” said Klavins. “Agilent’s Bravo will help make this workflow more efficient and reduce pipetting errors that make results less consistent, while also freeing up time for our technicians to work on less repetitive tasks. We know that there are certainly other workflows that would benefit from the use of Bravo, and we plan to engage BIOFAB users to identify which ones to pursue. We are thrilled to be able to bring this resource to the UW community, and are excited to see the compelling science that comes out as a result.”