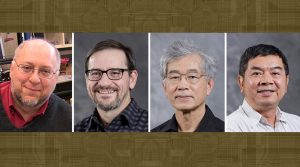 UW ECE Professors Howard Chizeck, Bruce Darling, Yasuo Kuga and Ming-Ting Sun (left to right) are all leaders in their respective fields and leave an impactful legacy of service to the Department, its students, the College of Engineering and the University at large.

It is not often that an exceptional faculty member with decades of service retires from the Department, and it is even less common for several faculty members to retire within a relatively short period of time. But recently, that is exactly what has happened at UW ECE. Between July 2020 and the end of spring quarter this year, four distinguished professors have announced their retirement or will be retiring soon.

Howard Chizeck, Bruce Darling, Yasuo Kuga and Ming-Ting Sun are all leaders in their respective fields and leave an impactful legacy of service to the Department, its students, the College of Engineering and the University at large. A live, in-person event was held at UW ECE on Thursday, May 26 to honor and celebrate Chizeck and Darling’s retirements.

“We at UW ECE are deeply grateful for the many years of service Howard, Bruce, Yasuo and Ming-Ting have provided the Department, the College and the University,” UW ECE Professor and Chair Eric Klavins said. “The impact on their respective fields and on our students cannot be overstated. We will miss them greatly but wish them all the best as they move forward into this new chapter of their lives.”

Read on to learn more about these professors’ exceptional careers. The overviews below by no means can capture all their many accomplishments, but the summaries provide a general sense of these outstanding faculty members and their lasting impact. 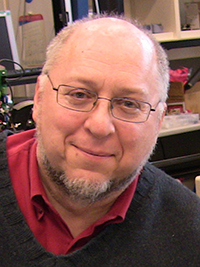 Professor Emeritus Howard Chizeck retired on July 1, 2020. He was with the Department for 22 years. Over his career, he served as a faculty member and department chair at two major research universities, Case Western University and the University of Washington. At the UW, he served as UW EE chair from 1998 to 2003. During his tenure as chair, the Department thrived despite difficult financial times for the University. Research activity and funding rapidly increased under Chizeck’s leadership. He also led the Department to a more student-centered approach to education, overseeing curriculum revision and improvements to student services such as advising. During his tenure, graduate student recruitment and participation in undergraduate research increased and the Department recruited an outstanding group of new faculty. As a result, UW EE moved up significantly in rankings and increased its national visibility and stature.

Chizeck’s research interests include telerobotics and neural engineering. During his time at UW ECE, he was co-director of the UW BioRobotics Laboratory, adjunct professor of bioengineering at the UW and a research thrust leader at the Center for Neurotechnology. His telerobotic research included haptic navigation and control for robotic surgery and for underwater devices, as well as security of telerobotic systems. His neural engineering work involved the design and security of brain-machine interfaces and the development of assistive devices to restore hand and locomotive capabilities.

Throughout his career, Chizeck was heavily involved with several startup companies, including being a founder of ControlSoft, Inc. in Cleveland, Ohio. He was also a founder and is currently chair of the Board of Directors at Olis Robotics, which was established in 2013 as a UW spinoff. 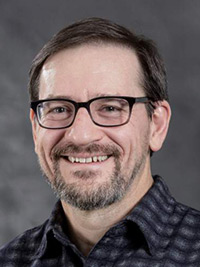 Professor Bruce Darling will retire on September 15, 2022. He has been with the Department for 37 years. He served as UW EE acting chair from 2003 to 2004 and UW ECE interim chair winter quarter 2020. During his time at UW ECE, Darling has held numerous leadership roles within the Department, including serving as ABET coordinator for the BSEE program, graduate program coordinator and associate chair for education.

Since joining the Department in 1985, Darling has regularly taught courses in electronic circuits and devices, analog circuit design, photodetection, semiconductor devices, microfabrication, medical instrumentation and senior project design. He has also developed instructional curriculum and laboratories for undergraduate electronics, introductory radio frequency electronics and the first hands-on microfabrication laboratory at the UW in 1995. He co-founded and directed the Center for Applied Microtechnology and the UW EE Microfabrication Laboratory, which operated from 1997 to 2020.

In 2003, Darling was an electrical engineering forensic investigator on the NASA Space Shuttle Orbiter Columbia Accident Investigation Board. He has also participated in several NASA expeditions to the Atacama Desert and high Andean volcanoes of Chile and Bolivia, coordinating field communications and electrical power.

Darling is a registered professional engineer in Washington state and actively consults with local industry and startups on electronic product development and new electronic device concepts. He is a co-founder and serves on the board of directors of PhysioWave, Inc.

Over the past decade, Darling has also served as a faculty adviser for several student organizations and competitions, including EcoCAR, Washington Superbike, Formula SAE and the Tau Beta Pi engineering honor society. 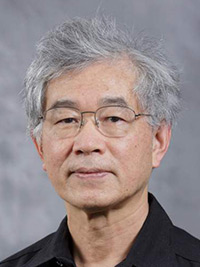 Kuga has received several awards for his work including a 1989 National Science Foundation Presidential Young Investigator Award, being named an IEEE Fellow in 2004, a NASA Board Award for NTR no. 42391: JPL, May 2007, and he was named an IEEE Life Fellow in 2017. 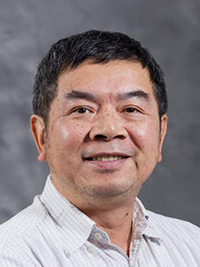 Professor Emeritus Ming-Ting Sun retired on December 15, 2021. He has been with the Department for 26 years. Prior to joining the University in 1996, he was the director of video signal processing research at Bellcore. Over his career, Sun has been a chaired or visiting professor at several universities. His main research interests are video and multimedia signal processing.

Sun holds 13 patents and has published close to 300 technical papers, including 17 book chapters covering video and multimedia technologies. He also co-edited a book titled, “Compressed Video over Networks” and has guest-edited 12 special issues for various journals. He served as an editor-in-chief for three technical journals: Journal for Visual Communication and Image Representation (JVCI) from 2012 to 2016, IEEE Transactions on Multimedia (TMM) from 2000 to 2001, and IEEE Transactions on Circuits and Systems for Video Technology (TCSVT) from 1995 to 1997. He received the TCSVT Best Paper Award in 1993 and has provided the keynote address for several international conferences. He was a Distinguished Lecturer of the Circuits and Systems Society from 2000 to 2001, and he received an IEEE CASS Golden Jubilee Medal in 2000.

Sun served as a general co-chair of the IEEE International Conference on Multimedia and Expo (ICME) in 2016, was an honorary chair of the Visual Communication and Image Processing (VCIP) conference in 2015 and was a general co-chair of VCIP 2000. He also served as the chair of the Visual Signal Processing and Communications (VSPC) Technical Committee of IEEE Circuits and Systems (CAS) Society from 1993 to 1994. From 1988 to 1991, he was the chairman of the IEEE CAS Standards Committee and established the IEEE Inverse Discrete Cosine Transform Standard. He became an IEEE Fellow in 1996, and in 2020 received the honor of becoming an IEEE Life Fellow.