WiBotic raises $5.7M to boost wireless systems for charging up robots and drones 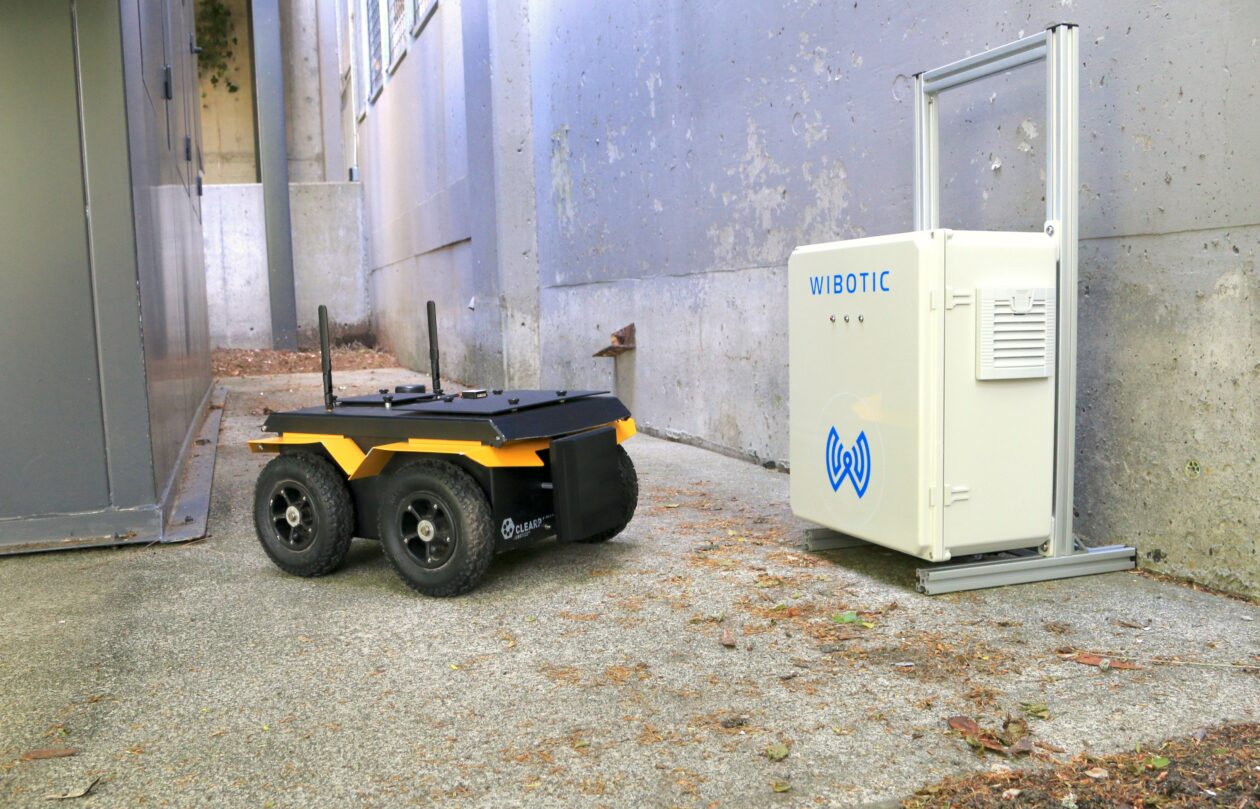 Seattle-based Wibotic says it’s secured $5.7 million in fresh investment to ramp up development of its wireless charging and power optimization systems, five years after being spun out from the University of Washington.

Investors in the Series A funding round include Junson Capital, SV Tech Ventures, Rolling Bay Ventures, Aves Capital, The W Fund and WRF. The latest round brings WiBotic’s total investment to nearly $9 million.

WiBotic was founded by Waters and Joshua Smith, a professor of computer science and electrical and computer engineering (UW ECE) who had Waters as a Ph.D. research assistant. The company’s charging stations take advantage of near-field antennas to beam power wirelessly to receivers that can be hooked up to batteries on robots, drones or other devices.

Waters said the technology is well-placed to capitalize on current trends.

“Our mission has always been to power the world of automation,” he said. “Over the last five years, we’ve seen big growth in companies doing proof-of-concept deployments of robots, testing things out, learning where there’s value. … In the last six to 12 months, that’s finally started to pivot to, ‘OK, how do we deploy these things at scale?’”

WiBotic’s power management software can work with the hardware to optimize battery use for whole fleets of robots, without a human ever having to handle a plug. That’s an additional selling point in this age of COVID-19 and social distancing. 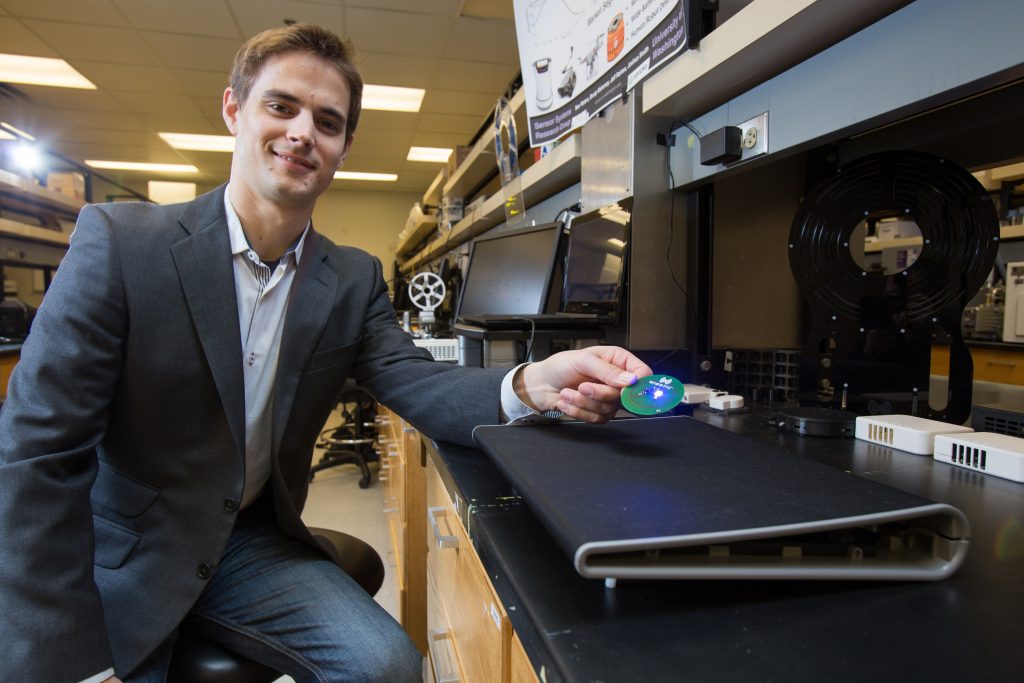 Ben Waters is co-founder and CEO of WiBotic. (University of Washington Photo)

“For many businesses, the need for robots and automation has been placed right in front of their faces, because they’ve realized that if their employees aren’t able to come in to the warehouse or the office, or whatever, their business might not be able to get orders out the door,” Waters said. “Even Amazon, which has hundreds of thousands of robots, has faced this problem.”

WiBotic already is working with an array of customers that include Waypoint Robotics, Clearpath Robotics and Aero Corp. “We have customers in about 13 countries across five continents, from drones to mobile robots to unique battery-powered IoT applications.” Waters said.

The fresh round of funding will help the company advance its technology, expand its sales team and accelerate its growth to answer customer demand.

“We need to make sure that, as infrastructure in this robotics market, we’re one step ahead of our customers,” Waters explained. “They need to be able to have confidence in our product and our team and our company to move forward with an important piece of a robotic ecosystem.”

Waters said WiBotic’s system is designed to play well with open-source platforms such as Robot Operating System, or ROS, which has won support from Microsoft and Amazon Web Services. “NVIDIA has a big plan for this space, too, so we’re working to make technical documentation and software source code available for customers to easily integrate our system,” he said.

WiBotic’s team has grown to 12 full-time employees plus a few part-timers, Waters said. Earlier this year, the company moved into new offices. “We’ve officially graduated from the U District, and we’re now in Northgate, right by the light-rail development,” Waters said.

There’s also a new board member: Mark Rogers, chief revenue officer at Coolfire Solutions, who previously served as senior vice president of business development at Mencix and held senior roles at Microsoft before that.

“He’s got a lot of expertise when it comes to hardware, software, management and sales and marketing,” Waters said.

For now, WiBotic is keeping its focus on business-to-business applications rather than consumer applications. “But with all that said, our goal is to be a leader in the U.S. and abroad in wireless charging and autonomous power in general for robotics and drones. Beyond that, I think we’ll certainly learn more about these industries,” Waters said.

“We view that as our secret weapon,” he said. “We’ve gotten so much customer feedback and experience working with companies in this industry that we’re able to expand beyond just simply battery charging, to add more value when it comes to improving the uptime of a big robot fleet by optimizing the way that robots charge. These are really important problems that autonomous systems face, but might not be a problem that a consumer trying to charge one device on one pad might face.”

In science-fiction stories, the rise of the robots is usually something to be feared — but Waters, for one, welcomes the robotic revolution.

“It’s an exciting time for robots, and they all have batteries, and they need to be charged up,” he said. “WiBotic is here to help.”