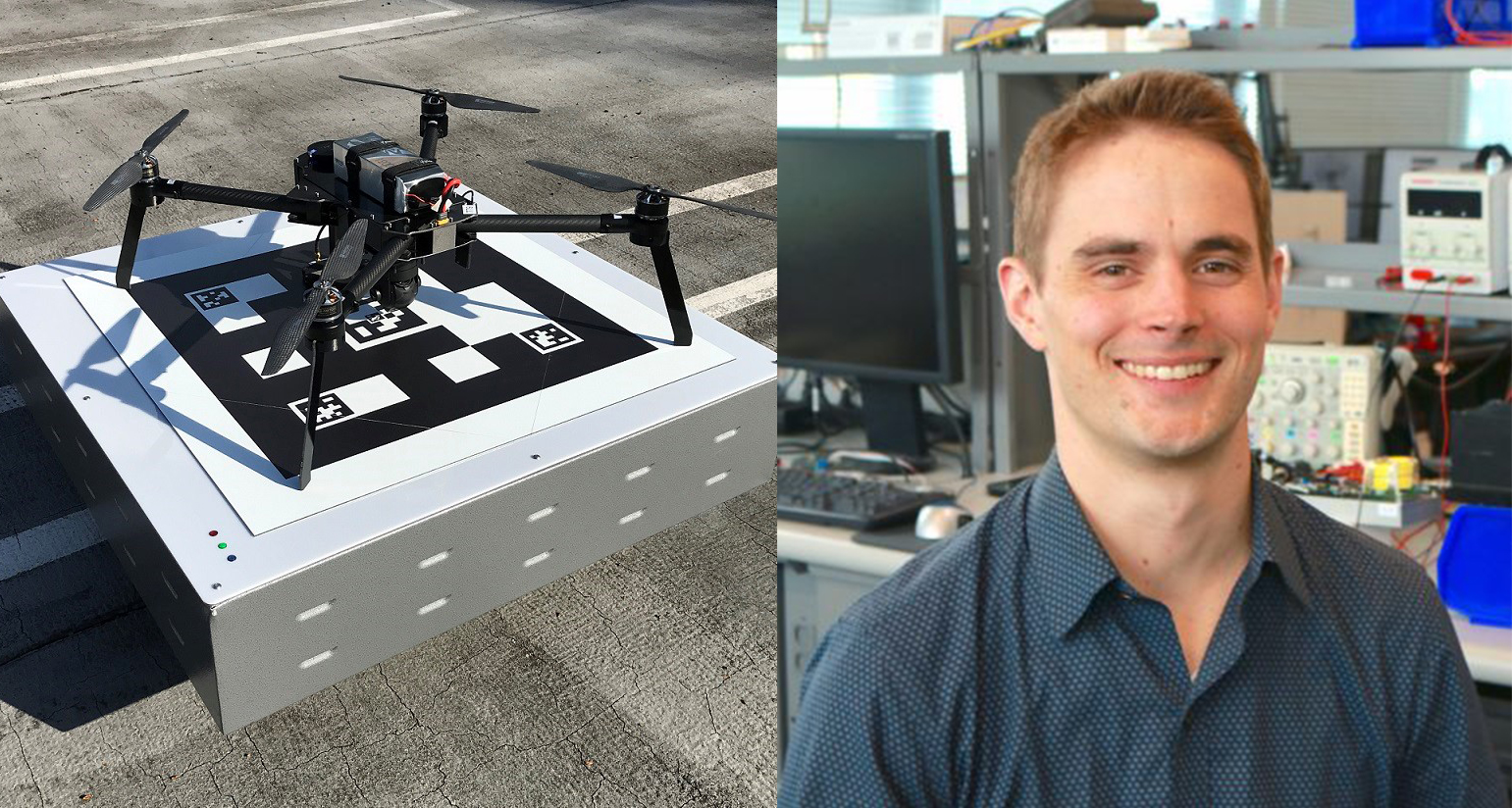 Two of the wireless charging systems made by UW ECE spinout WiBotic have won safety approvals in Europe, marking what the startup’s CEO calls a major milestone. The chargers and transmitters now have CE Mark approval, which means they meet the safety, health and environmental protection requirements for the European Economic Area. What’s more, the systems have been found to comply with the International Electrotechnical Commission’s directives for the European Union and Canada’s CSA Group standards organization.

“We also recently completed FCC approval in the U.S., so our systems are compliant with reputable regulatory agencies within many countries around the world,” WiBotic CEO and UW Department of Electrical & Computer Engineering (UW ECE) alum Ben Waters said today in a news release. “This, in turn, opens several exciting partnership and deployment opportunities for us across Europe, Canada and beyond.”

WiBotic, which was spun out from the University of Washington in 2015, has developed battery charging systems that can power up autonomous drones as well as robots on land or sea wirelessly, without human intervention. The company’s power management software, known as Commander, can work with the hardware to optimize battery use for an entire fleet of robots. There’s even a project aimed at charging up future robots on the moon.

As part of the certification process, the systems were tested for radiation emissions, radio-frequency exposure and overall product safety.

Waters noted that requirements for robot safety standards and certifications have evolved significantly over the past few years. “We hope that these certifications help our partners and the entire robotics industry scale up quickly to avoid the complex and costly bottlenecks of pursuing certifications on their own,” he said.

Last year, WiBotic announced that it secured $5.7 million in fresh financial backing, thanks to a Series A funding round that brought total investment to nearly $9 million. In an update filed last week with the Securities and Exchange Commission, WiBotic reported that the funding round has grown to $7.2 million.

“This was just finishing the Series A,” Waters explained in an email to GeekWire. “We had allocated all of the shares, but due to COVID some of the investment took some time to come in. It had taken long enough that we needed to re-file with SEC.”