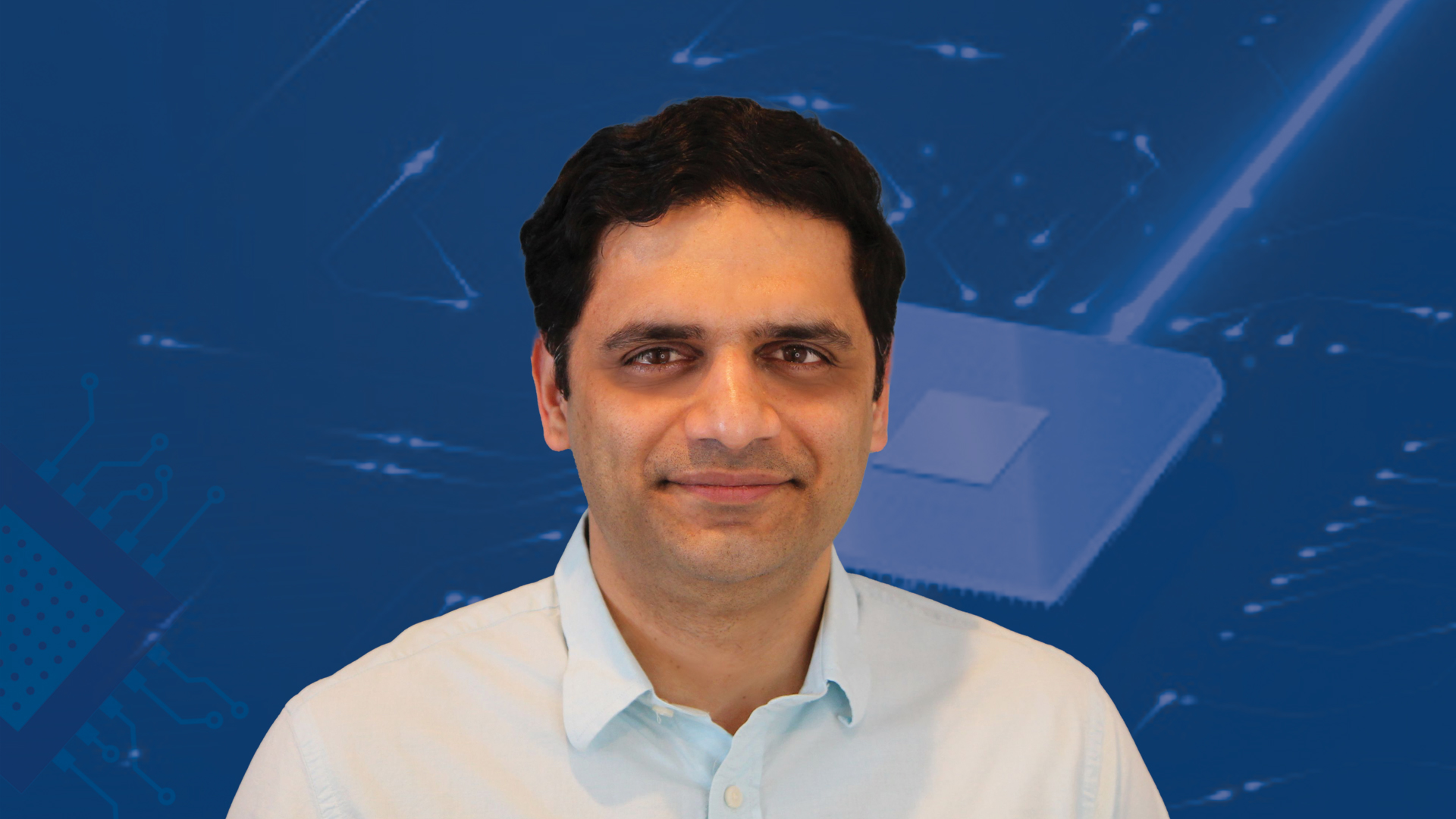 UW ECE associate professor Visvesh Sathe was recently recognized with an Intel 2020 Outstanding Researcher Award for his project focused on developing a more energy-efficient computer architecture. Sathe is one of only 18 leading academic researchers worldwide to receive the award out of over a thousand researchers funded annually by the Intel Corporation.

Visvesh Sathe, an associate professor in electrical and computer engineering at the University of Washington, conducts research in a variety of areas applicable to circuits and architectures for low-power computing and biomedical systems. His work is always on the cutting edge of technology development and often holds potential for widespread human impact.

Recently, Sathe was recognized with an Intel 2020 Outstanding Researcher Award for his project focused on developing a more energy-efficient computer architecture. Sathe is one of only 18 leading academic researchers worldwide to receive the award out of over a thousand researchers funded annually by the Intel Corporation.

“I am delighted to be receiving the award and am grateful to Intel for conferring this honor upon the project,” Sathe said.

Intel sponsors and works alongside academic researchers around the globe in areas such as quantum computing, artificial intelligence and other emerging, innovative technologies. Every year, the company recognizes exceptional contributions made through Intel university-sponsored research.

The research that merited the award seeks to address computing inefficiencies that arise because of necessary constraints, or “guard bands.” These guard bands must be added to computer processors to allow them to maintain operation despite significant changes in operating temperature and supply voltage. Sathe’s work recognizes that guard bands are mostly needed because of the independent design of the supply-voltage and clock subsystems that constitute modern computers. The supply-voltage subsystem manages power flow into the device and the clock subsystem is an electronic oscillator that synchronizes circuit operation.

Sathe’s research merges the design of clock and supply-voltage subsystems — two traditionally separate disciplines — into a unified clock-power control system. Doing so allows computers to adapt to inevitable changes in temperature and supply voltages with only a small fraction of the usually required guard band, reducing inefficiencies while still guaranteeing system performance over time. His work subsequently demonstrated how this technology was scalable and could play a key role in making chip technology more energy efficient.

“Perhaps the award is most significant as a recognition of the importance of guard-band mitigation in realizing energy-efficient computing,” Sathe said. “Merging the two disciplines of clocking and power delivery, and addressing a number of challenges that result from such a joint approach, represents a fresh direction to a very important problem in modern computing.”

This unified clock-power control system is applicable across a wide spectrum, from high-performance computing to ultra-low power designs, and variations of the system have been prototyped on commercial-grade microprocessors. The technology is currently being evaluated for adoption into volume production at several companies worldwide, including Intel.

Sathe noted the collaborative nature of the work and the affirmation of the award itself.

“I’m truly thankful to my students, Xun Sun and Chi-Hsiang Huang, for their creativity, dedication and hard work; they have been the key enablers of leading this research to a favorable outcome. I would be remiss not to highlight the contribution of our technical collaborators at Intel and at the Semiconductor Research Corporation, who provided critical feedback on the project over the last three years, as well as the contributions made by other researchers at Georgia Tech and UCLouvain in advancing this area,” Sathe said. “I’m hoping that to my current and future students, the award will serve as an affirmation of the relevance and potential impact of the research they have painstakingly performed over the years, especially given the high costs (in both time and effort) and risks associated with integrated circuits research.”