Rico Malvar from Microsoft to speak at UW ECE Graduation 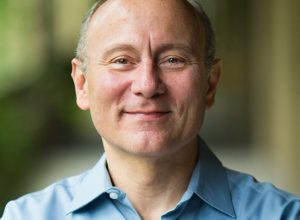 Henrique (Rico) Malvar, who is a Distinguished Engineer at Microsoft, will be guest speaker at UW ECE’s graduation ceremony, which will be held virtually on Wednesday, June 9, 2021. Malvar will share experiences from his long and successful career and talk about the importance of giving back to others.

The University of Washington Department of Electrical & Computer Engineering is proud to announce Henrique (Rico) Malvar, Distinguished Engineer at Microsoft, as our guest speaker for the 2021 UW ECE graduation ceremony. The celebration will be held virtually on Wednesday, June 9, and it will be presided over by UW ECE Professor and Chair Eric Klavins.

Malvar is a research and industry leader who is known for his work in signal processing and data compression. He is also a strong advocate for expanding diversity in engineering and developing accessible technology. Malvar currently leads the Microsoft Research Enable group, which aims to empower people living with disabilities. His past roles include being Chief Scientist for Microsoft Research and Managing Director of Microsoft Research Redmond.

Malvar joined Microsoft Research in 1997 and founded the company’s signal processing group, which developed new technologies such as media compression formats used in Windows, Xbox and Office, as well as audio technologies used in Windows, Xbox, Kinect and HoloLens. He also made key contributions to developing compressed file formats used by most web video services today. In addition to these notable professional accomplishments, he has published over 170 technical articles and has been issued over 120 patents.

“We chose Rico as speaker because he embodies excellence and dedication to the profession of engineering,” Klavins said. “He also exemplifies the kind of impact we hope our students will make on the world, engineering with social good in mind and helping to make technology accessible for all.”

Malvar has been a tremendous supporter of UW ECE for many years, serving as a key connection between Microsoft and the Department, and generously giving his time, talent and expertise. He has been a UW ECE affiliate professor since 1999 and served as chair of the UW ECE Advisory Board from 2012–2019. He also served on the UW College of Engineering’s Dean’s Visiting Committee from 2016–2019. In 2018, Malvar played a leading role in helping UW ECE to update its identity and change its name to better reflect the breadth of the Department. He continues to remain a pillar of support for UW ECE and is currently engaged with advising the Department on reputation-building initiatives.

Malvar is widely recognized for his leadership roles in an array of professional and academic associations. In addition to his involvement with UW ECE, he is a member of the U.S. National Academy of Engineering, the Washington State Academy of Sciences, the Brazilian National Academy of Engineering and the Brazilian Academy of Sciences. He is an IEEE Fellow and has received many awards, including a Technical Achievement Award from the IEEE Signal Processing Society and the 20th Century Landmark Award from the IEEE Seattle Section in 2014.

Malvar has a large number of achievements to his name and a wealth of experience to share. We look forward to hearing him speak at UW ECE Graduation about his long and illustrious career and the importance he places on giving back to others.